TIBURON, Calif. - UPDATE: CHP REPORTS THE GIRL HAS BEEN LOCATED. 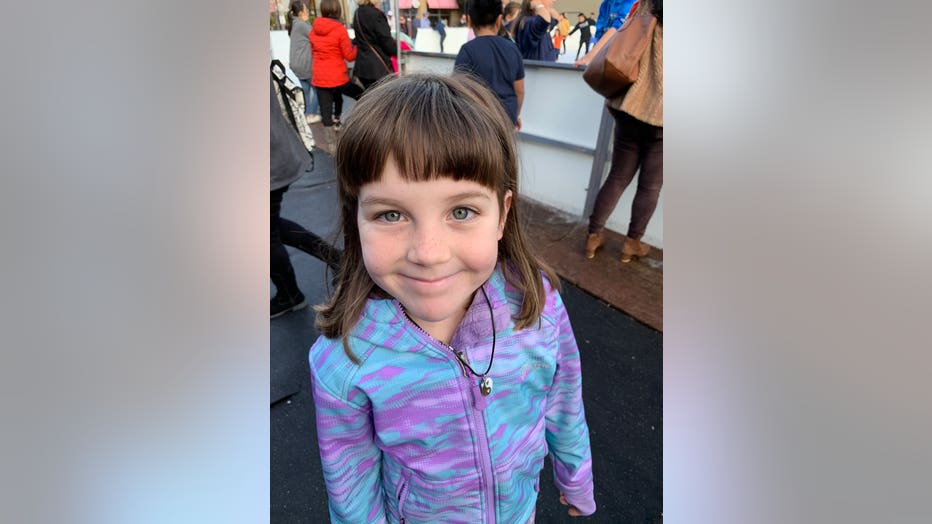 The California Highway Patrol has issued an advisory on behalf of the Tiburon police department about an endangered missing young girl.

Opal Ealey-Powers, 7, was last seen on Sunday, May 24 at approximately 12 p.m. Police believe the mother of the girl, 46-year-old Sarah Ealey, has taken the child.

Ealey-Powers is believed to be wearing brown yoga pants and a t-shirt. She is 4 feet tall, and weighs approximately 60 pounds. She has brown hair and blue eyes. 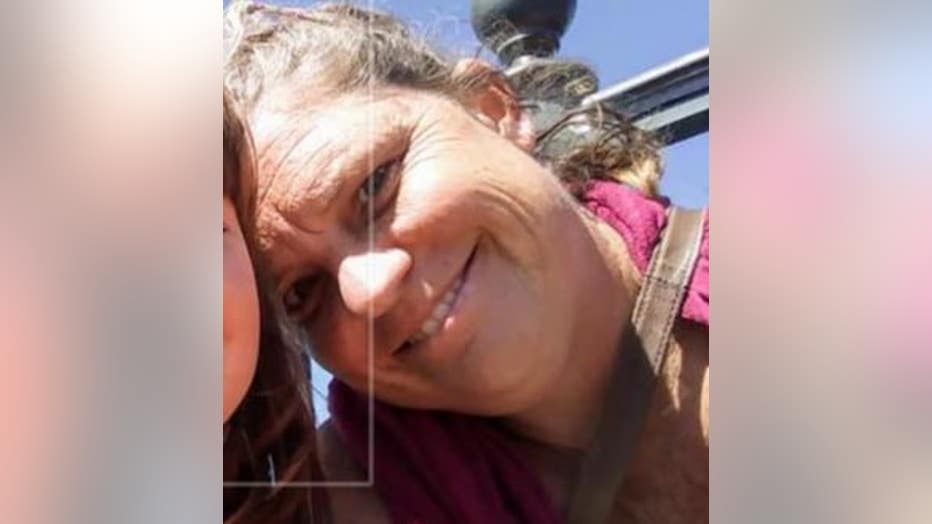 Ealey is believed to be driving a white 2015 Mitsubishi Mirage with California license plate number 7WBZ725. She is 5 feet, 5 inches tall, and weighs approximately 170 pounds.

Police say Ealey could be in Marin, Tehama, Glenn, Butte or Shasta County.

If you see either, or the vehicle described, the CHP wants you to immediately call 9-1-1. 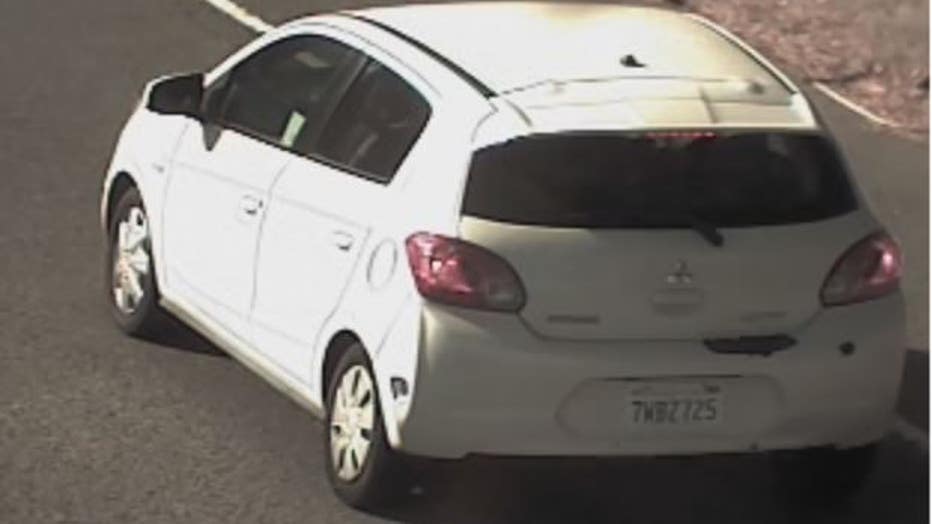 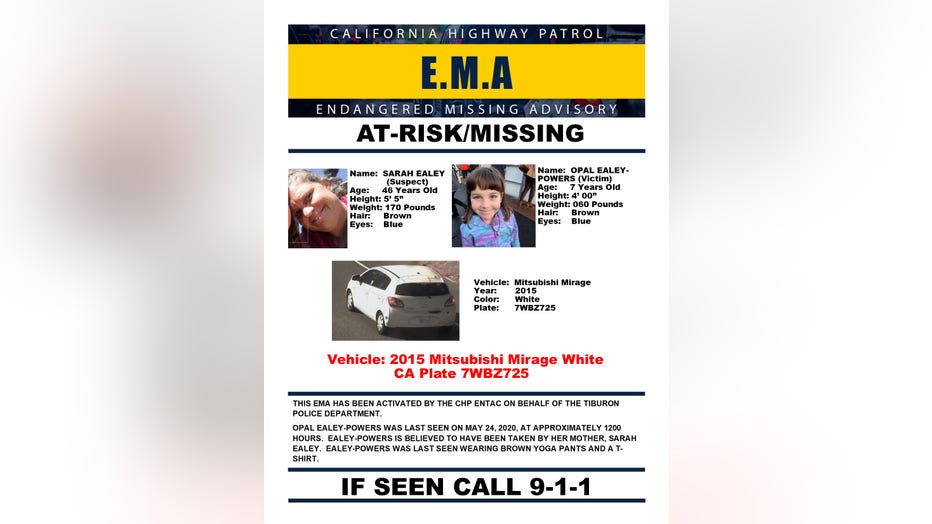