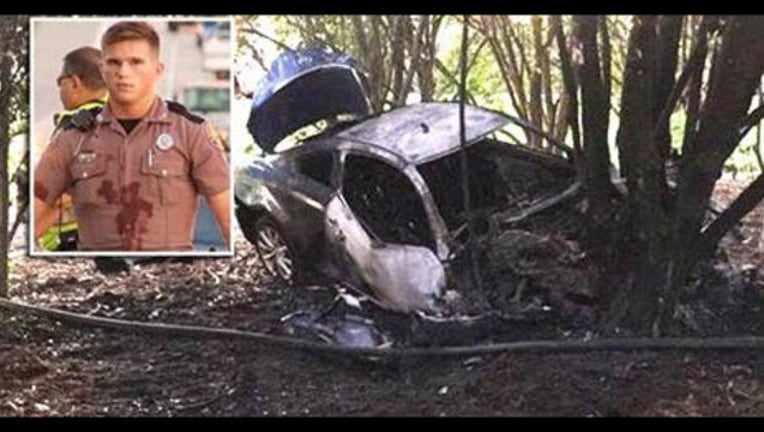 ST. PETERSBURG, Fl. (WTVT) -- The driver was unconscious and the blazing car was filling with smoke, but luckily, a trooper was nearby and ready to put his own life on the line to save another.

According to investigators, the driver of the car, 51-year-old Michael Brewer, was getting off of northbound I-275 at the 54th Avenue exit when suddenly, he lost control of his car and slammed into several trees. The impact caused the vehicle to catch fire.

Trooper Robert Duckers was nearby helping someone else when he received word of the crash, so he ran to the burning car, broke out the window and rescued Brewer, who was unconscious inside.

Brewer was rushed Bayfront Health and, at last check, was listed in serious condition.

Troopers said he's facing charges for the accident, including careless driving, driving with a suspended license and not wearing a seatbelt.

As for Trooper Duckers, he hurt his arm and his hand, but FHP said he was released from the hospital Monday night and is expected to be okay.

We did some research and found Trooper Duckers joined the Florida Highway Patrol about a year-and-a-half ago. He was photographed with a graduating class of troopers in January of 2014.