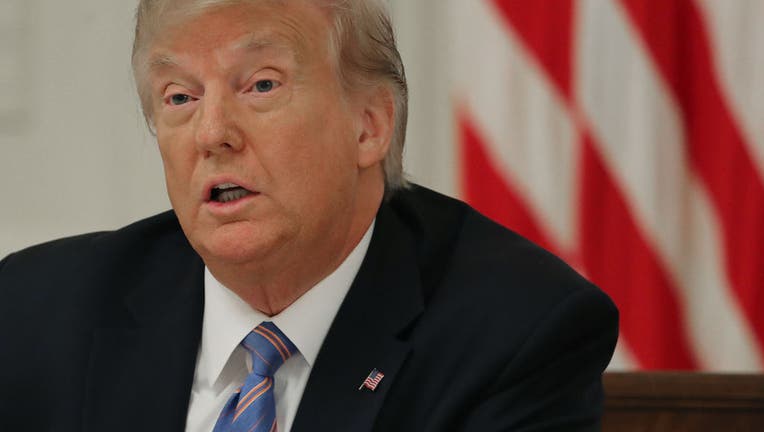 U.S. President Donald Trump speaks during an event with students, teachers and administrators about how to safely re-open schools during the novel coronavirus pandemic in the East Room at the White House July 07, 2020 in Washington, DC. The Supreme C

President Trump on Wednesday said he disagreed with the Centers for Disease Control and Prevention on their “very tough & expensive” guidelines – which he called “impractical” – on reopening schools in the fall amid the coronavirus pandemic.

“I disagree with @CDCgov on their very tough & expensive guidelines for opening schools,” Trump tweeted Wednesday. “While they want them open, they are asking schools to do very impractical things.”

The president did not explicitly detail which CDC recommendations he takes issue with, though CDC Director Robert Redfield has encouraged all schools to “do what they need” to reopen.

A senior administration official this week also noted that the CDC “never recommended school closures because they didn’t believe that was an effective strategy.”

The president’s comments come amid a week of discussions on whether schools will be able to reopen this fall, even as cases of the novel coronavirus surge in states across the country.

Trump, during an event with first lady Melania Trump on Tuesday, said his administration would “very much put pressure” on governors to reopen schools in their states in the fall.

“We don't want people to make political statements or do it for political reasons, they think it's gonna be good for them politically, so they keep the schools closed, no way,” Trump said after noting that the administration of Florida Gov. Ron DeSantis recently announced plans to reopen schools in that state starting in August. “So, we are very much going to put pressure on governors and everybody else to open the schools.”

Trump pointed to the American Academy of Pediatrics (AAP), which was represented at the event and repeatedly has urged officials to let students be physically present at school.

The AAP has publicly advised, “all policy considerations for the coming school year should start with a goal of having students physically present in school.”

Meanwhile, the president also tweeted Wednesday morning that: "In Germany, Denmark, Norway, Sweden and many other countries, SCHOOLS ARE OPEN WITH NO PROBLEMS."

"The Dems think it would be bad for them politically if U.S. schools open before the November Election, but is important for the children & families," Trump tweeted. "May cut off funding if not open!"

When asked whether Biden supported sending students back to school in the fall, a Biden campaign official told Fox News: “Of course he does. That’s why he’s been making these proposals and pressing Trump to act.”

The official added: “But we need to ensure we can do it safely, in line with the recommendations of public health experts, and Trump keeps failing us on that score.”