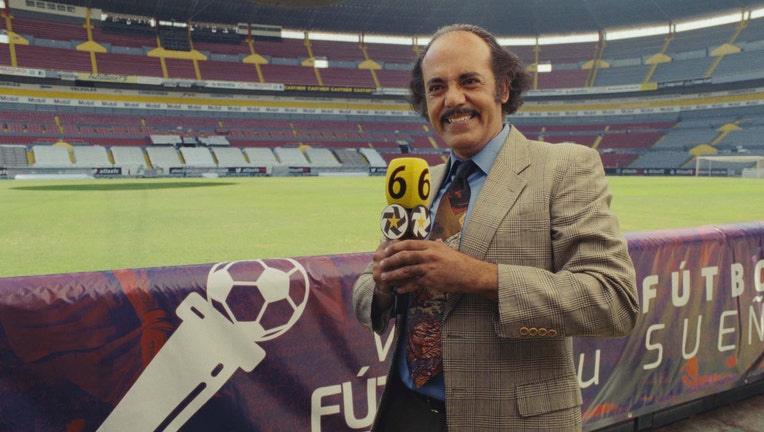 A "heartwarmingly funny soccer comedy," "Domingo" is Tubi’s first Spanish-language original film. In a press release, the streamer noted that it "continues to build on the success of Tubi en Español and superserve its Spanish-speaking audiences."

"Domingo," from Mexican director Raúl López Echeverría, "tells the story of Domingo (Eduardo Covarrubias, "Bajo Tierra"), a man of 55 living in a poor suburb near Guadalajara. When his wife (Imelda Sánchez) abruptly leaves him, he decides to do everything in his power to realize his lifelong dream of becoming a professional soccer commentator. He soon realizes how much his impassioned weekly commentaries on local amateur matches are changing lives throughout his neighborhood."

This feel-good comedy isn’t Tubi’s only new title on the docket for LatinX Heritage Month. FOX Entertainment’s free streaming service is also the exclusive U.S. home for "La Dosis," a thriller set in a medical clinic in Argentina. It centers on "Marcos (Carlos Portaluppi, "Vidas Robadas"), an experienced ICU nurse in a provincial Argentine clinic who begins to suspect that his charismatic coworker is murdering patients."

In a press release, Tubi noted that "Domingo" "was inspired from observing working-class districts in the suburbs of Guadalajara, where football grounds are a central part of the community and dear to the inhabitants’ hearts."

The film will premiere on Tubi on Friday, Sept. 17.