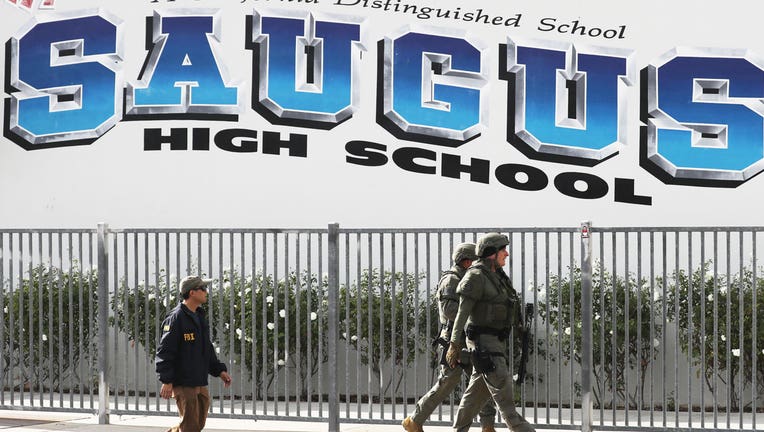 Authorities walked by a Saugus High School sign after a gunman opened fire on campus on Nov. 14, 2019. (Photo by Mario Tama/Getty Images)

SANTA CLARITA, Calif. - The coroner on Friday released the identities of the two students killed when a 16-year-old gunman opened fire on a high school campus in Santa Clarita.

Gracie Anne Muehlberger, 15, and Dominic Blackwell, 14, were killed when shots rang out inside the quad on campus at Saugus High School on Thursday.

Gracie was described by her parents as vivacious, funny and loyal, according to a Gofundme established to help pay for her funeral costs. 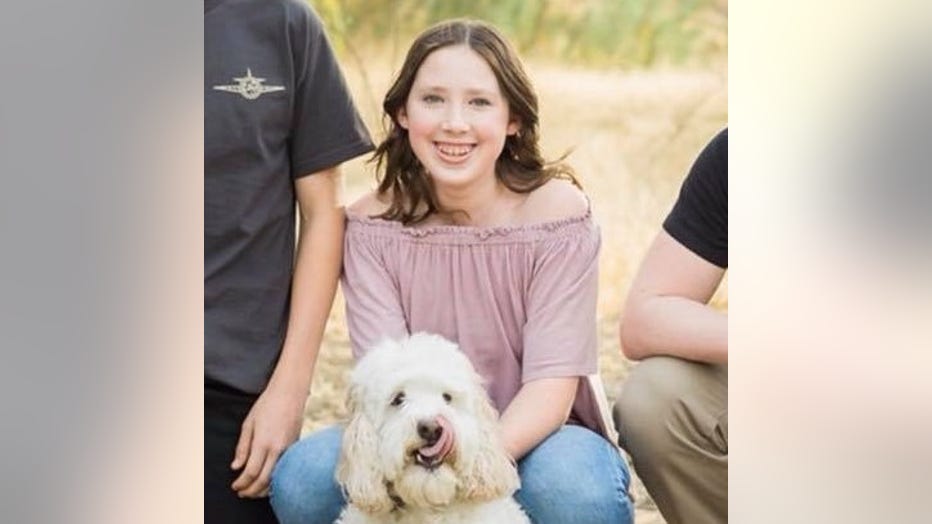 Her parents wrote that she was "the daughter we always dreamed to have, fiercely strong and lover of all things fashionable."

"We deeply appreciate the outpouring of love and support from family, friends, colleagues, our church and the whole Santa Clarita and national communities," the Muehlberger's said. "We are grieving and navigating this pain moment by moment. Thank you for respecting our privacy at this time."

The HomeTown Station said Blackwell was part of the school’s JROTC program and had played for the Grizzlies in Santa Clarita. 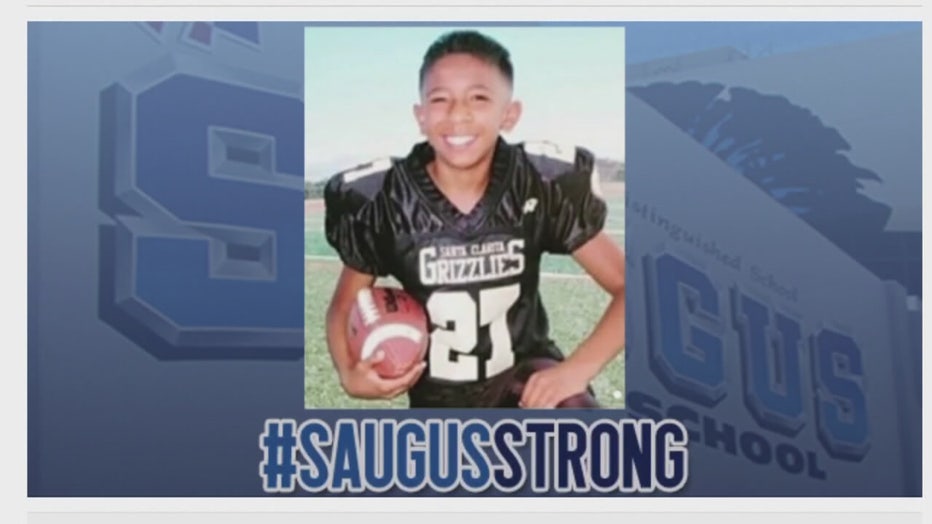 “He was always very kind to me and always making me laugh. He always put me in a good mood, he was always happy. I’m really going to miss him,” said Blackwell’s classmate Cipaton Avila.

Dominic was remembered for his "goofy laugh," "cheesy smile," and "huge, caring heart," according to a Gofundme raising funds for his funeral.

Sounds of gunfire erupted just before 7:40 a.m. at the school, located at 21900 Centurian Way. The shooting lasted just 16 seconds and sent students scrambling for cover — some fleeing from the campus and others barricading themselves inside classrooms.

The alleged gunman was identified by neighbors and witnesses as 16-year-old Nathaniel "Nate" Berhow.

Surveillance video allegedly showed Berhow pull a .45 caliber semi-automatic pistol out of his backpack, shoot five students in the quad on campus before turning the gun on himself.

Two other girls, ages 14 and 15, and another 14-year-old boy were transported to area hospitals for gunshot wounds. They were all expected to survive.

The shooter died on Friday from his self-inflicted gunshot wound.