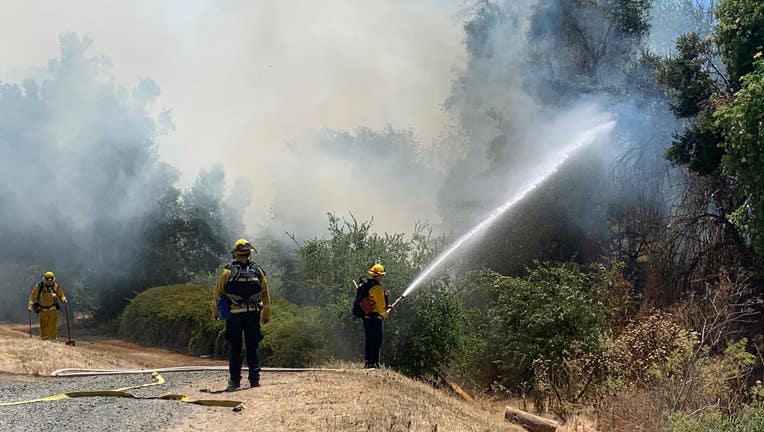 SAN JOSE, Calif. - Firefighters in the South Bay rushed to the scene of a vegetation fire Tuesday afternoon.

The fire broke out around 12:56 p.m. in the 1400 block of McCarthy Boulevard, along the Milpitas and San Jose border.

The San Jose Fire Department said in a tweet that there were no reports of injuries and no structures were threatened.