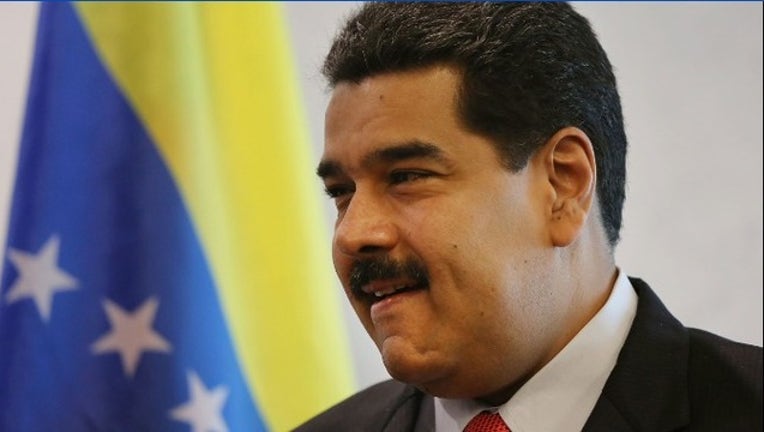 CARACAS, Venezuela (AP) - Venezuela's President Nicolas Maduro is giving American diplomats 72 hours to abandon the country after breaking diplomatic relations with the U.S. over its decision to recognize an opposition leader as interim president.

"Before the people and nations of the world, and as constitutional president.....I've decided to break diplomatic and political relations with the imperialist U.S. government," Maduro told a crowd of red-shirted supporters gathered at the presidential palace.

He made the announcement following a tumultuous day that saw Juan Guaido, the head of the opposition-controlled congress, declare himself interim president and call elections.

The move was immediately backed by the Trump administration, which said it was willing to use all its economic and diplomatic power to restore Venezuela's democracy.

Maduro said in his speech the U.S. was making a "grave mistake" by trying to impose a president on Venezuela and rattled off a long list of countries -- Guatemala, Brazil, Chile and Argentina -- that saw leftist governments toppled or come under military rule during the Cold War with U.S. support.