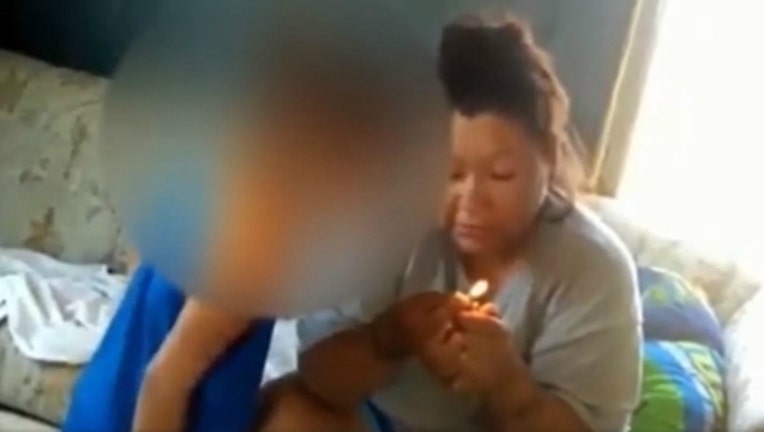 FOX NEWS - Two women are under arrest and warrants are being sought for two other people seen on a shocking video smoking marijuana in the presence of a toddler.

One of the women can be seen repeatedly blowing pot smoke into the child’s face as the youngster tries to turn away.

Police on the Fort Hall Indian reservation near Pocatello, Idaho, said the two women have been jailed on child endangerment charges after the appalling video went viral—helping police quickly identify them.

As the boy inhales the smoke, a woman can be heard saying: “There’s no more getting high, he’s all blazing now.”

The video was first posted to Facebook on Saturday and has since been shared multiple times and has received hundreds of comments expressing outrage and concern for the child.