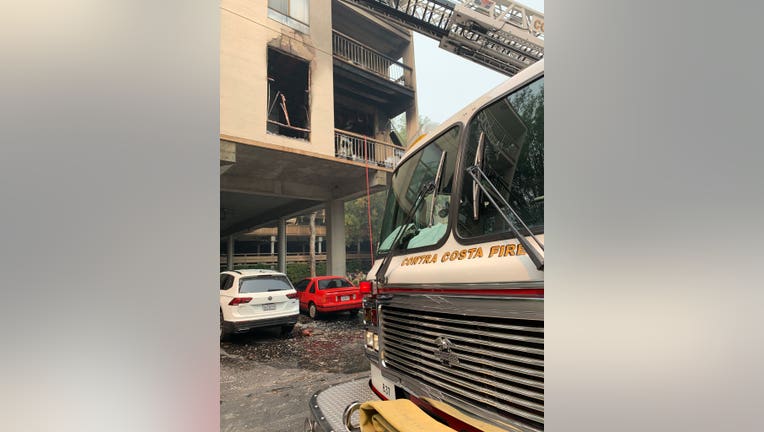 WALNUT CREEK, Calif. - A resident was hospitalized with significant burn injuries after being rescued from a second floor balcony during a three-alarm fire Sunday morning at a condominium complex in Walnut Creek, the Contra Costa County Fire Protection District said.

A second-floor unit had extensive damage and multiple units were involved in the fire at 300 North Civic Drive, which crews had controlled by 11:50 a.m.

Crews were checking other units to be sure fire had not extended elsewhere and were conducting smoke removal from the building, the agency said.