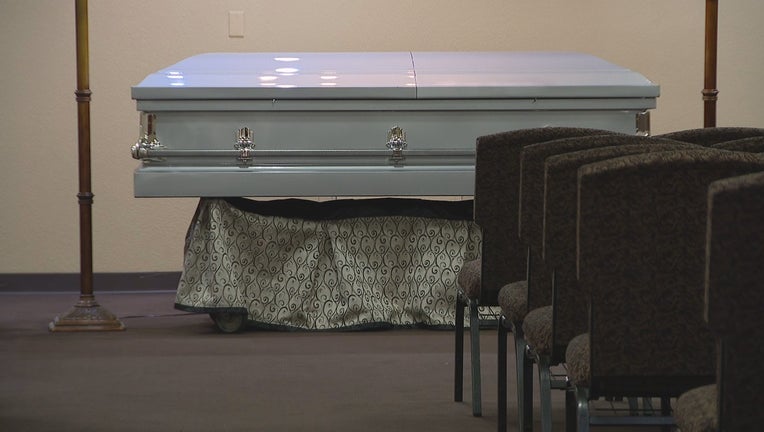 DETROIT (AP) - A young woman was discovered to be alive after she had been declared dead and taken to a Detroit funeral home, officials said.

“Given medical readings and the condition of the patient, it was determined at that time that she did not have signs of life,” the department said.

“The Oakland County medical examiner’s office was contacted and given the medical data,” the department said. “The patient was again determined to have expired and the body was released directly to the family to make arrangements with a funeral home of their choosing.”

But then came a startling discovery at the James H. Cole funeral home: The woman was still alive.

“Our staff confirmed she was breathing” and called a Detroit emergency medical crew, the funeral home said.

The woman was taken to a hospital. Her mother said the bizarre events left her searching for words to express her feelings.

“My heart is so heavy. Someone pronounced my child dead, and she’s not even dead,” the mother told WDIV-TV, which didn’t identify her by name.

There was no official information on the woman’s condition Monday. Her name hasn’t been released.

“We couldn’t believe it,” said Dave Fornell, deputy commissioner of the Detroit fire department, whose first responders were called to the funeral home.