The Masked Singer host and panelists talk about filming season four during the COVID-19 pandemic and what new features fans will see on the show.

LOS ANGELES - “The Masked Singer” will air its fourth season this month on FOX, and fans are getting a first look at the new season and how the coronavirus pandemic indirectly led to some exciting new features on the “whosungit” competition show.

In a new video teasing season four, host Nick Cannon and the show’s panelists discuss the challenges of filming during the pandemic. But to Ken Jeong, a comedian, actor and former physician, being on this particular show with masked celebrities felt especially relevant for 2020.

“I’m very proud to be associated with a show that is really reminding people to always wear a mask,” Jeong said. 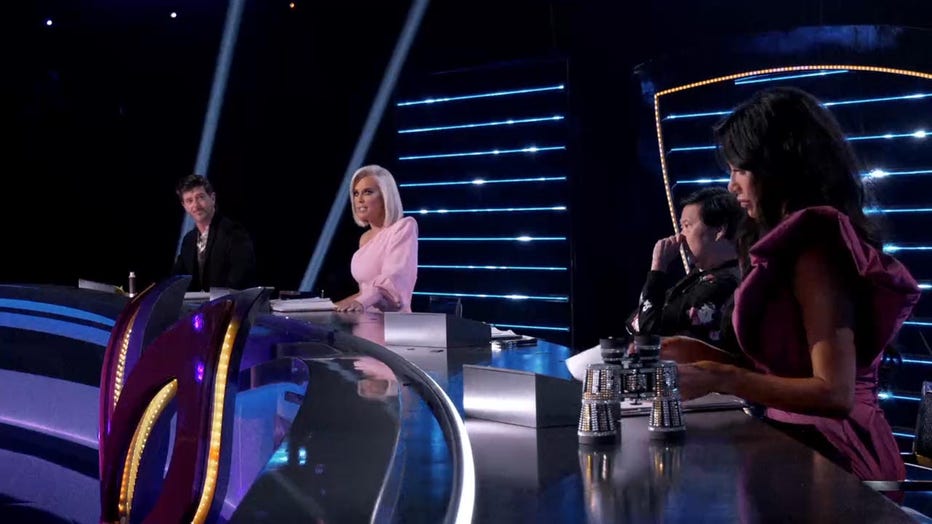 “The Masked Singer” features celebrities facing off against one another while shrouded from head-to-toe in an elaborate costume, complete with a full face mask to hide his or her identity. Ranging from Grammy Award winners to legendary athletes, one singer is eliminated each week and their true identity is revealed.

Season four will feature 16 celebrity singers — including the Snow Owls who will take the stage as the first-ever two-headed duet costume featuring two people, according to a news release. There will also be a Baby Alien costume gestured by a hand puppet.

Jenny McCarthy said one of the challenges during filming for this season was not being able to have the full audience in attendance due to COVID-19 safety guidelines.

Fans will also notice the panelists, which include Jeong, McCarthy, Robin Thicke and Nicole Scherzinger, are all seated farther apart this season to maintain social distancing.

Cannon, who serves as both the show’s host and executive producer, believes the show is even better now.

“It’s almost like we turned it into a positive, because if you look we have cool new animation. The set looks amazing. There are computer-generated images that are a part of the performances,” Cannon said.

Seeing “how creative and over-the-top” the show can be is the best part of “The Masked Singer” for Cannon.

RELATED: Season 4 of ‘The Masked Singer’ could feature some of your favorite athletes

Last week, fans got a sneak peek at its newest contestant, “Lips.”

This station is owned by the FOX Corporation. This story was reported from Cincinnati.