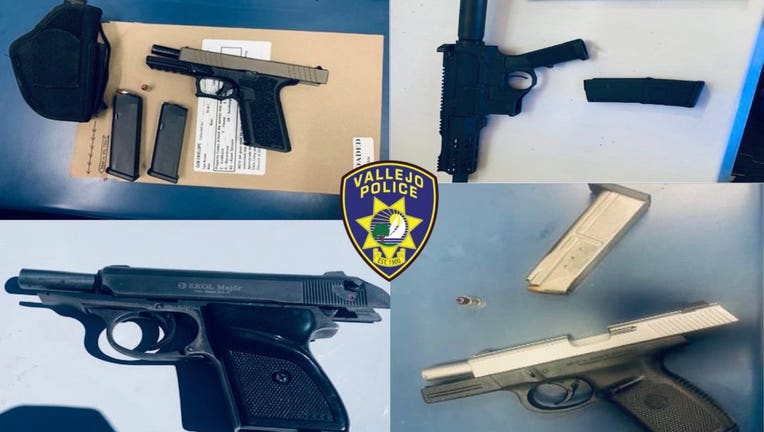 VALLEJO, Calif. - Police in Vallejo last month made 24 felony arrests during a weeklong operation to take guns and drugs off the street.

Two firearms were seized during the arrests.