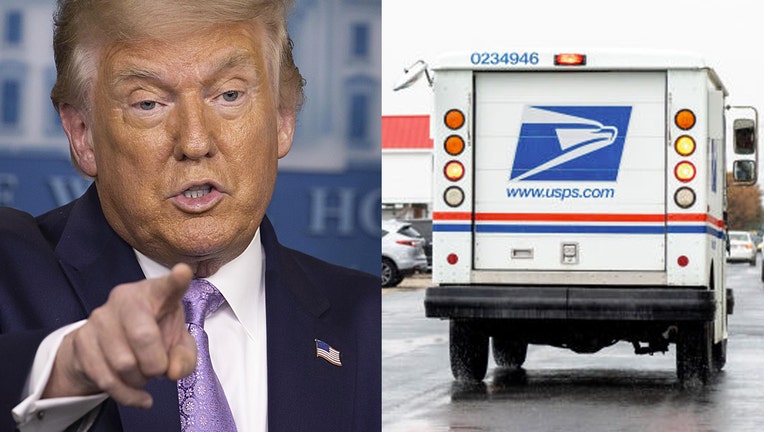 WASHINGTON D.C. - The White House is pushing for a congressional compromise on U.S. Postal Service funding and stimulus checks for individuals as House Democrats decry President Trump's threat to withhold funding for USPS and link it to the administration's opposition to universal mail-in voting.

"If my Democrat friends are all upset about this, come back to Washington, D.C.," White House Chief of Staff Mark Meadows told CNN's "State of the Union." "Let's go ahead and get a stimulus check out to Americans. Let's make sure that small businesses are protected with an extended [Payroll Protection] Program and put the postal funding in there. We'll pass it tomorrow. The president will sign it."

"This will all go away because what we are seeing is Democrats are trying to use this to their political advantage," Meadows continued.

The House of Representatives is in recess for the rest of August. However, a senior member of House Democratic leadership told Fox News that it's a matter of “when not if” they come back this week or next to focus on USPS funding and, possibly, coronavirus relief funding.

Meadows insisted that possible voter fraud, not strain on USPS, is what should give Americans pause about choosing the route of universal mail-in voting this November. The Postal Service processes and delivers more than 181 million pieces of first-class mail every day.

"Even if every single voter voted by mail, we're talking about a 1.5% difference," Meadows said. "I was in the room when the Postmaster General said he's willing to pay overtime to make sure that that happens."

Such a "disaster" could mean months of not knowing the results of the 2020 presidential election, which could lead to the House, which is currently held by Democrats, deciding who becomes president if neither candidate wins a majority in the electoral college, Meadows said.

Fox News’ John Roberts on Friday asked Trump if he would be willing to offer the $25 billion for the ailing USPS, including $3.5 billion in election resources, should Democrats be willing to cave on some of the demands Trump has voiced.

“Sure, if they give us what we want,” the president said during a press conference. “And it's not what I want, it's what the American people want.”