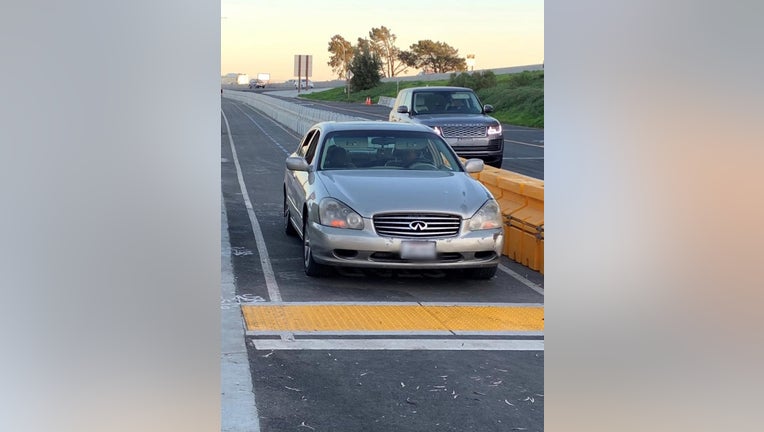 SAN RAFAEL, Calif. - A woman who drove westbound over the Richmond-San Rafael Bridge via the new bicycle/pedestrian lane during the evening commute Wednesday was arrested on suspicion of driving under the influence and child endangerment.

The Marin office of the California Highway patrol began receiving calls about the driver shortly after 5 p.m.

"One witness that was driving on the bridge continued ahead of the car and tried to warn bicyclists and pedestrians to turn around before the car got near them. He even sped to the end of the bike path and stopped anyone else that was about to get on the path," CHP - Marin said in a Facebook post about the incident.

As the car got to the end of the bridge, an arriving officer pulled it over at the vista point parking lot.

"After a series of field sobriety tests the driver was arrested for DUI with a blood alcohol concentration nearly 2.5 times the legal limit," the post noted. "In addition to the DUI charges the driver will also face child endangerment charges after her 3-year-old son was found in the back seat."

The CHP statement thanked all the callers who reported the driver and warned people using the lane.