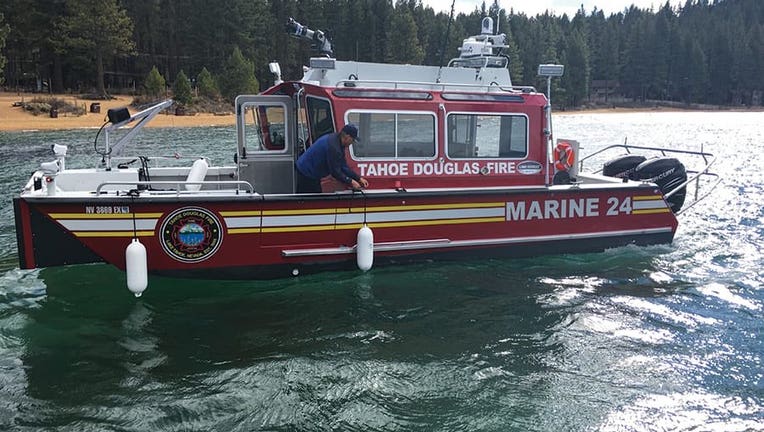 ZEPHYR COVE, Nev. - A woman drowned after falling off a boat carrying six children on Lake Tahoe and a man who jumped off the boat to try to rescue her had to be hospitalized for severe hypothermia, authorities in northern Nevada said Saturday.

The Tahoe Douglas Fire Protection District said the incident occurred Friday evening near Zephyr Cove, which is on the east side of the lake that straddles the California-Nevada border.

After the woman and the man went into the water, the boat with the children still aboard drifted into the middle of the lake where a fire district boat crew rescued the children, who were unhurt, the district said in a statement.

Rescue personnel were unable to revive the woman.

No identities were released. Additional information, including relationships between the people involved and ages of the children, wasn't immediately known.