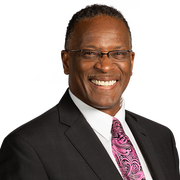 DAVE CLARK, Television News Anchor for KTVU-TV in the San Francisco Bay Area since 2007, is an award-winning newsman with more than 40 years of broadcasting experience.

Dave has covered many of the biggest news stories of our time -- including being an integral part of the award-winning team coverage of the "North Hollywood Shootout," the landmark "O.J. Simpson trial," the "Northridge Earthquake" (the largest earthquake in U.S. history), and numerous other noteworthy news stories.

Dave began his career as a Radio Newscaster in his hometown of Philadelphia, PA. He then became a Radio News Anchor in New York City -- the #1 market in the country.

Clark has also displayed his broadcasting talents in Washington, D.C., Florida, and Pittsburg, PA. It was in Pittsburg, that Dave transitioned to television news and shortly, thereafter, he received the call from Los Angeles, CA seeking its next media success story!

Along with being a celebrated newsman, Mr. Clark is a highly sought after professional announcer. His engaging and commanding vocal talents have been utilized as a Talk Show Host, Master of Ceremonies, Narrator, and Actor. His acting roles include major motion pictures "The X-Men," "Bulworth," and "Scream 2" and several television series.

Mr. Clark resides in the San Francisco Bay Area. In addition to spending quality time with family and friends, Dave actively contributes his diverse skills and life experiences to the enhancement and sustainability of his local, national and global communities. 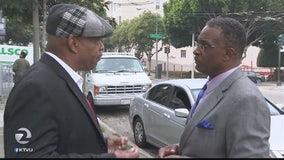 For the past 50 years, there’s been an exodus of African Americans from San Francisco to the suburbs. At that time, thousands of homes and businesses were demolished in the Fillmore neighborhood as part of an urban renewal project.