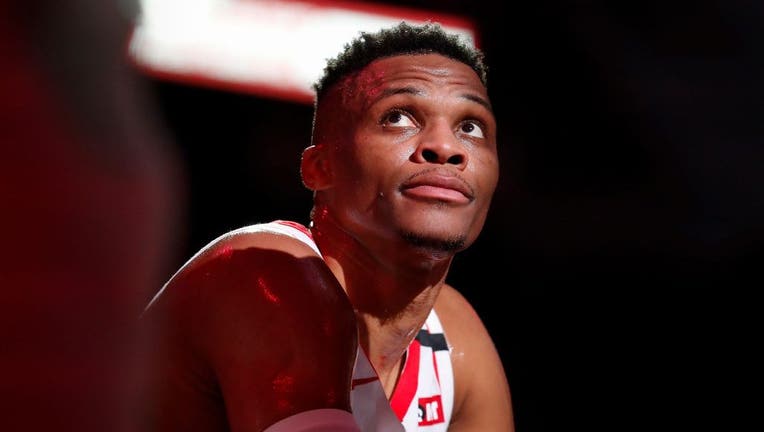 HOUSTON, TEXAS - MARCH 08: Russell Westbrook #0 of the Houston Rockets reacts on the bench in the first half against the Orlando Magic at Toyota Center on March 08, 2020 in Houston, Texas. (Photo by Tim Warner/Getty Images)

HOUSTON - Houston Rockets star Russell Westbrook admitted via social media that he has tested positive for COVID-19 before the team departed for Orlando.

Westbrook says he is quarantined and is feeling well. He plans to rejoin his team in Orlando as soon as the team's medical staff clears him for play.

The 2019-2020 season went on hiatus in March due to the COVID-19 pandemic. In June, the league approved a return for the season featuring only 22 teams. All teams are slated to play in Orlando at the Walt Disney World Resort.

The Houston Rockets will start their regular season against the Dallas Mavericks on July 31 at 8 p.m. CST.