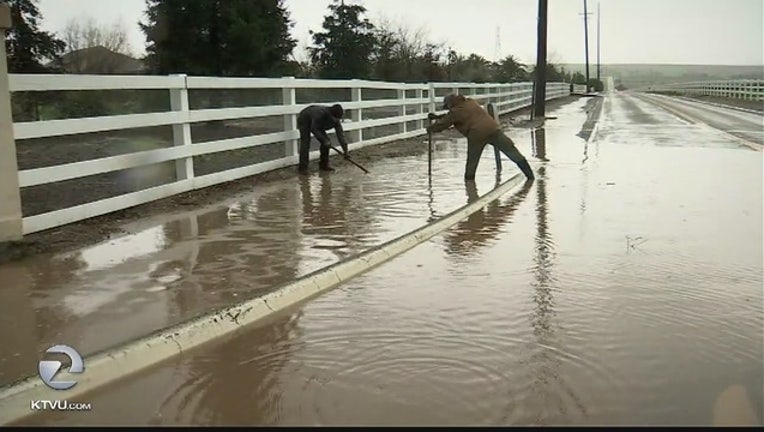 SACRAMENTO (KTVU) -- Gov. Jerry Brown on Tuesday declared a state of emergency and is seeking a major disaster declaration from the Trump administration after a series of storms soaked parts of the state, bringing flooding, mudslides and major damage to California regions.

Residents in San Jose are still struggling to recover after storms soaked the region and flooded homes near Niles Canyon Road.