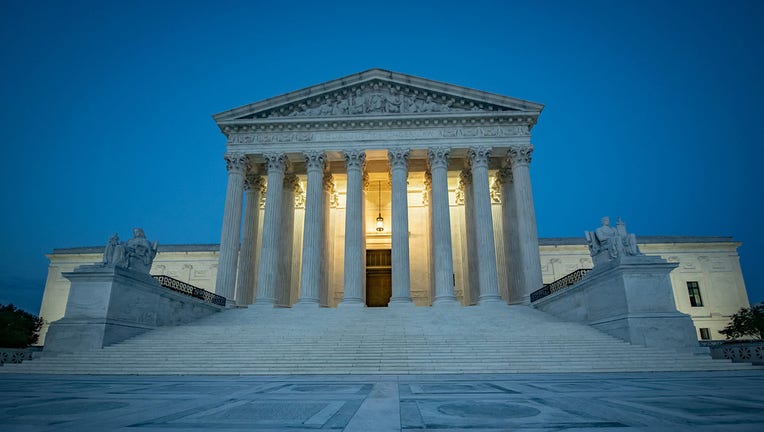 The Supreme Court once again ruled the CDC's eviction ban as unconstitutional. (iStock)

The Supreme Court ruled once again Thursday that the Biden administration’s eviction ban put in place by the Centers for Disease Control (CDC) is unconstitutional.

The eight-page opinion stated that the case was reviewed by the justices again, who found it unconstitutional in a majority vote of six to three, considering the order did not come from Congress.

"The case has been thoroughly briefed before us – twice," the opinion stated. "And careful review of that record makes clear that the applicants are virtually certain to succeed on the merits of their argument that the CDC has exceeded its authority. It would be one thing if Congress had specifically authorized the action that the CDC has taken. But that has not happened.

"Instead, the CDC has imposed a nationwide moratorium on evictions in reliance on a decades-old statute that authorizes it to implement measures like fumigation and pest extermination," it continued. "It strains credulity to believe that this statute grants the CDC the sweeping authority that it asserts."

As the eviction freeze ends, those who are behind on rent payments and homeowners in foreclosure could become at risk of being removed from their homes. Those struggling to make mortgage payments could soon face foreclosure and eviction. If you're looking at your options, consider refinancing to save money on your monthly mortgage payments. Visit Credible to find your personalized rate.

Critics said they were disappointed in the Supreme Court's decision, saying the eviction moratoriums saved lives by helping prevent the spread of COVID-19 as the delta variant takes hold.

"The Biden administration is disappointed that the Supreme Court has blocked the most recent CDC eviction moratorium while confirmed cases of the Delta variant are significant across the country," White House Press Secretary Jen Psaki said late Thursday. "As a result of this ruling, families will bear the painful impact of evictions, and communities across the country will face greater risk of exposure to COVID-19.

"In light of the Supreme Court ruling and the continued risk of COVID-19 transmission, President Biden is once again calling on all entities that can prevent evictions – from cities and states to local courts, landlords, Cabinet agencies – to urgently act to prevent evictions," she said.

Renters battling to make payments can find additional funds through the Treasury Department’s Emergency Rental Assistance Program. Homeowners who are struggling have several options, including mortgage forbearance or even refinancing to reduce their monthly payments. Lowering your interest rate can help save up to hundreds of dollars on your monthly mortgage payment. Visit Credible to compare multiple mortgage lenders at once and find the one that has the best rate for you.

In July, Congress failed to pass an extension of the eviction ban despite strong pressure from President Biden. Several days passed in August before the CDC instated its moratorium – an action it was hesitant to take given the Supreme Court’s previous ruling that its ban was unconstitutional. Now, despite not passing a new ban at the end of July, many progressives are also expressing disappointment with the Supreme Court’s ruling.

"Tonight, the Supreme Court failed to protect the 11 million households across our country from violent eviction in the middle of a deadly global pandemic," said Rep. Cori Bush (D-Mo.). "We already know who is going to bear the brunt of this disastrous decision – Black and brown communities, and especially Black women."

The Supreme Court stated its ruling would be different if Congress authorized the CDC’s actions.

If you are struggling to make payments and are at risk of foreclosure and eviction, consider taking out mortgage refinances to save on your monthly payments. Visit Credible to get prequalified in minutes without affecting your credit score.

NEW STUDY SHOWS AVERAGE AMERICAN PAYS OVER $130K IN INTEREST FEES, BUT THEY DON'T HAVE TO

The three liberal judges dissented reversing the ban, saying the new, more limited CDC eviction ban was not unconstitutional and its narrower scope affected just those who were truly struggling the most.

"The public interest is not favored by the spread of disease or a court’s second-guessing of the CDC’s judgment," Supreme Court Associate Justice Stephen Breyer said in his dissenting opinion. "The CDC has determined that ‘[a] surge in evictions could lead to the immediate and significant movement of large numbers of persons from lower-density to higher-density housing...when the highly transmissible Delta variant is driving COVID–19 cases at an unprecedented rate.’"

If you are struggling to make payments and want to see what your options are, visit Credible to speak to a home loan expert and get all of your questions answered.