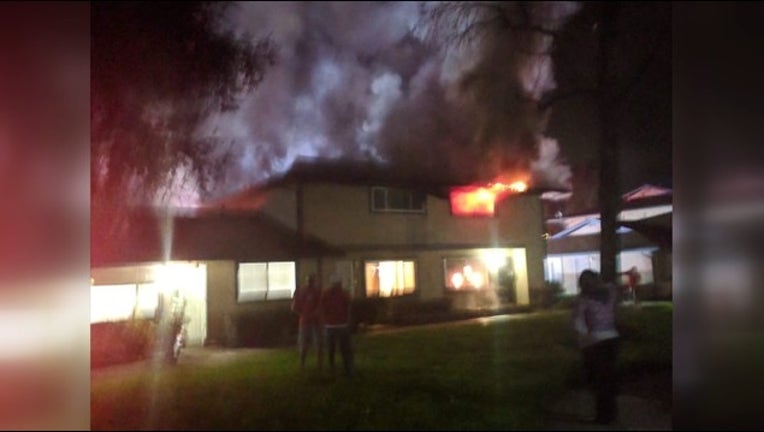 One person was injured in a two-alarm fire at a mutli-family unit in Fremont on Wednesday. Photo: Josh Finley

FREMONT, Calif. (BCN) - One person was checked for smoke inhalation and a multi-family property was damaged in a fire this evening in Fremont, fire officials said.

Someone called the fire department at 6:13 p.m. to report a fire in the 3500 block of Dalton Common.

Battalion Chief Don Linneman said the first crews on the scene saw flames on the second floor of a two-story building.

Based on the size of the fire and its proximity to other units, firefighters called for a second alarm.

Occupants of the burning unit escaped their home before firefighters arrived. Linneman said one person was checked for smoke inhalation and declined to be taken to a hospital.

The person told firefighters they were going to seek their own medical care.

The fire was knocked down in about 15 minutes. No firefighters were injured and the cause of the fire is under investigation.

Linneman did not have a dollar estimate of the damage.

But "it pretty much destroyed the whole second floor," of the unit of origin, he said.

Crews kept the fire to the one unit although nearby units may have sustained smoke damage, Linneman said.