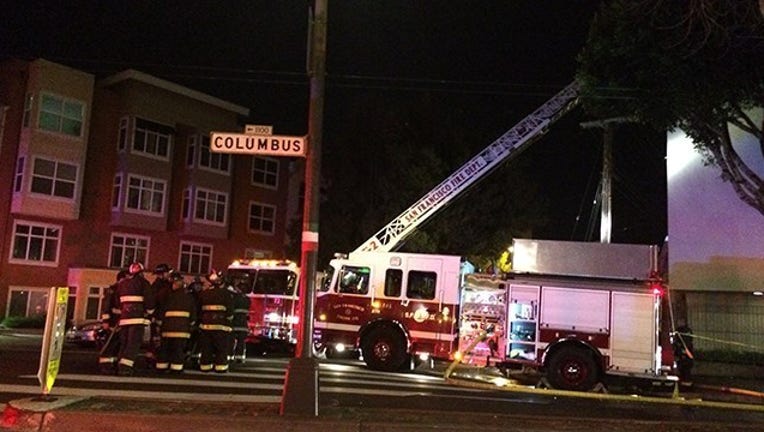 SAN FRANCISCO (KTVU) - One elderly man is dead after a fire at the corner of Columbus and Francisco streets.

Crews were called to the fire at the four story apartment building around 10 p.m.

The fire originated in an apartment on the third floor. When crews entered the apartment building they found an elderly man on the floor near the couch, with oxygen tanks nearby.

Crews tried to resuscitate the man, but were unsuccessful.

Crews cleared the building and found one other elderly resident, who was checked out at the scene.

At this point, the cause of the fire has not been determined.