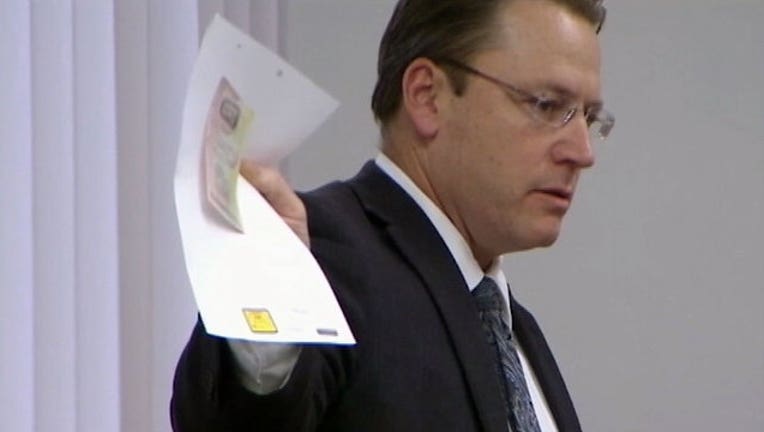 SANFORD, Fla. (WOFL FOX 35) - A retired Seminole County school teacher who fought to keep her $1 million lottery winnings must give a portion of that money to her once live-in boyfriend.

Howard Browning, 62, claimed a share of the jackpot from a 2007 ticket purchased by Lynn Poirier, 62. He said the couple had a more than 10-year oral agreement that, if either won the lottery, they would split the money 50-50. A jury on Thursday sided with Browning and now Poirierr must pay Browning $291,000.

This case went to trial back in 2012, and teacher Lynne Poirier won that case, but the Supreme Court of Florida sent the case back for retrial.

Earlier in the week, before Circuit Judge Melanie Chase and the jury, Browning explained the oral agreement between the two. He even testified that he paid the cash for the winning ticket that was purchased at an Oviedo convenience store.  “It was her idea that we start buying tickets together, and we would split the winnings together," he said.  "I handed Lynn 20 dollars to buy the first ticket.”

Browning told the jury that after the drawing, Poirier disappeared for days. He said he quizzed her when she finally returned.  "She said, 'Did you hear?' I said, ‘About what? You mean about our lottery ticket?’ I think that’s what I said, ‘About our lottery ticket'? And I said, ‘You know that’s half mine.’ And I asked her, and I said, 'Where is my half of the money?' And she just smiled.”

Poirier's attorney, Mark Sessums, said the couple may have had an agreement in the early part of their relationship, but that had changed over the years.  Sessums said the couple's romance had ended years earlier, although Browning continued to live in a Geneva home owned by Poirier.  She had moved out.  Sessums also said that, at the time of the drawing, Poirier was engaged to another man.

In the end, the jury determined that the oral agreement between Poirier and Browning was a binding agreement.