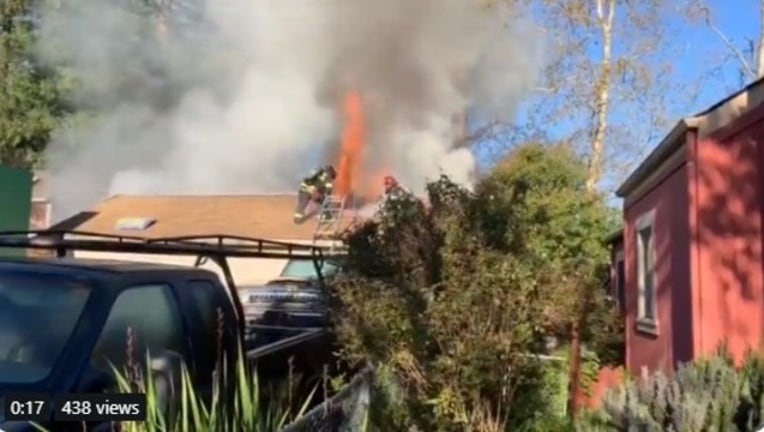 SANTA ROSA, Calif. (BCN)) - One person has been taken to the hospital with burn injuries from a structure fire Sunday morning in Santa Rosa, according to the city's fire department.

The fire involved two structures at College Avenue and Glenn Street, the Santa Rosa Fire Department said on Twitter. The blaze, which was first reported at 8:15 a.m., was under control as of 9 a.m.

The fire department posted video on Twitter showing flames bursting through the roof of a home.

Santa Rosa police said College Avenue between Morgan and Mendocino avenues is closed because of the fire, and the public should avoid the area.