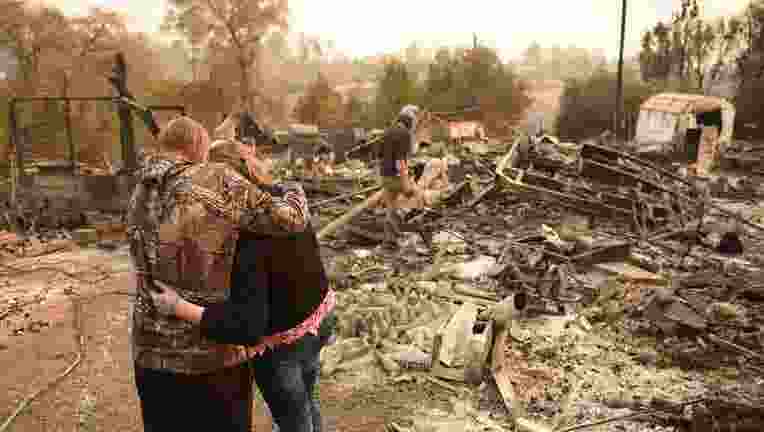 One year after the most devastating wildfire in California history mostly destroyed the town, local officials asked people to pause for 85 seconds beginning at 11:08 a.m. -- one second for every person who was killed.

Hundreds of people packed the parking lot of a former bank building on Friday to stop and remember.

It was one of several events local officials have planned to commemorate Nov. 8, 2018, when a terrifying blaze blew through the town and prompted a panicked evacuation that forced some people to abandon their cars as the fire closed in on gridlocked roads

Christina Taft fled that day. But her mother, Victoria, did not and was killed in the fire. Taft said it's been a difficult year and she's had trouble finding housing. She's living in San Jose with a friend she met after the fire, where she finally found a job and starts on Monday.

Taft said she plans to return to Paradise this weekend to visit with friends. She's told her story many times to media outlets, including being featured recently in a PBS documentary.

"I didn't watch it," she said. "I just can't even really look at fire that much." 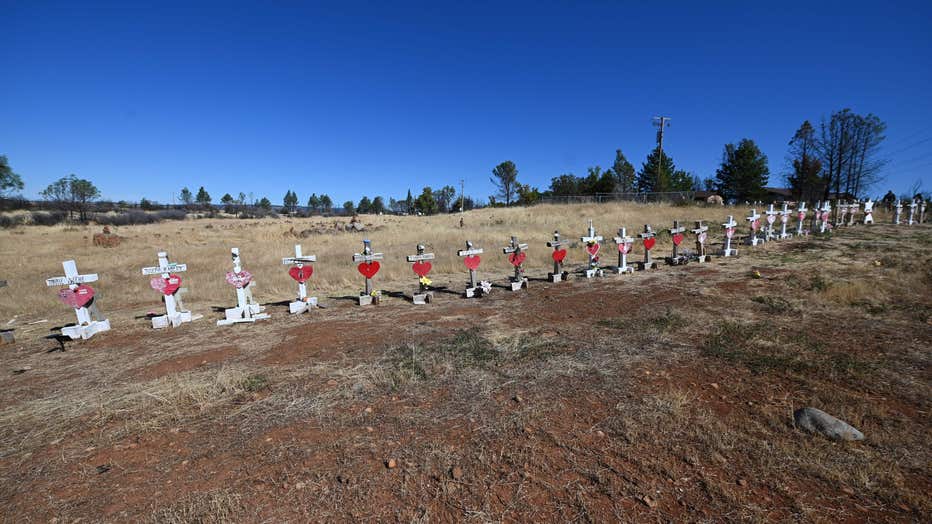 Crosses line the road to remember the 86 people who died as a result of the Camp Fire, October 2, 2019 in Paradise, California. - The Camp Fire was the most destructive and deadliest in California history, taking over 85 lives and destroying more tha

While Friday's events will remember that day, Paradise Mayor Jody Jones said she wants the community to "celebrate the progress we've made and look to the future and what we can become."

"We were never lost," she said.

In the year since the fire, crews have removed more than 3.66 million tons of debris -- twice the amount that was removed from the World Trade Center site following the 9/11 terrorist attacks. Nine homes have been rebuilt so far, but the town is on track to issue 500 building permits by the end of the year.

Local officials have kept the town's traditions alive to encourage people to come back, including hosting Johnny Appleseed Days in the fall. In the spring, 220 seniors returned to Paradise High School for a graduation ceremony many thought would have been impossible just six months before. And in August, the Paradise High School football team played its first home game -- a 42-0 rout that kicked off an undefeated season.

"Right after the fire people were saying it would be three years before anything was rebuilt. I think we've proved them wrong," Jones said. "We're a very resilient, independent, strong community. I always knew that and people have proved that to be true."

The fire's impacts have been felt far beyond Paradise. State officials say 20,000 people have moved to nearby Chico, boosting that city's population by more than 20% and putting a strain on public services.

Pacific Gas & Electric Corp. -- the utility company whose equipment started the fire -- filed for bankruptcy in January after facing billions of dollars' worth of potential damage claims.

This year, rather than risk a repeat of the Paradise fire, the company has routinely shut off power to millions of people during dry, windy conditions, prompting widespread anger and government investigations. 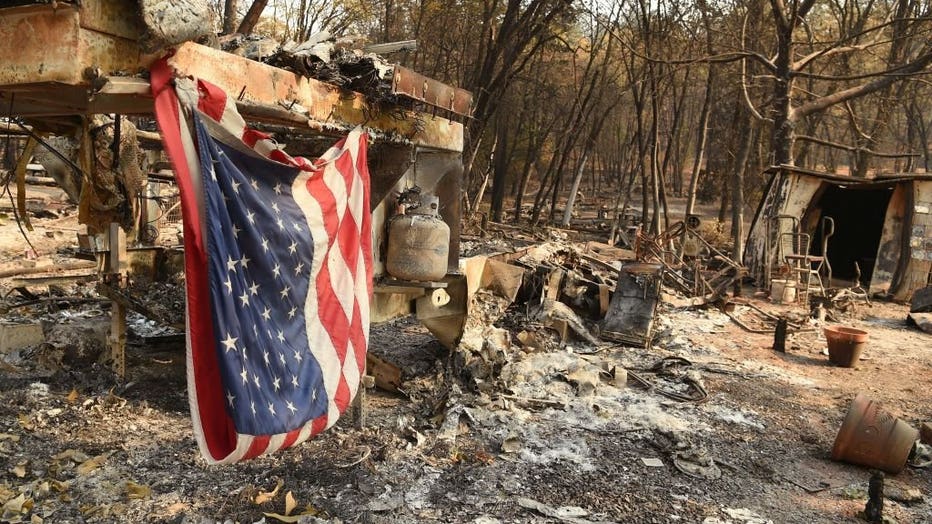