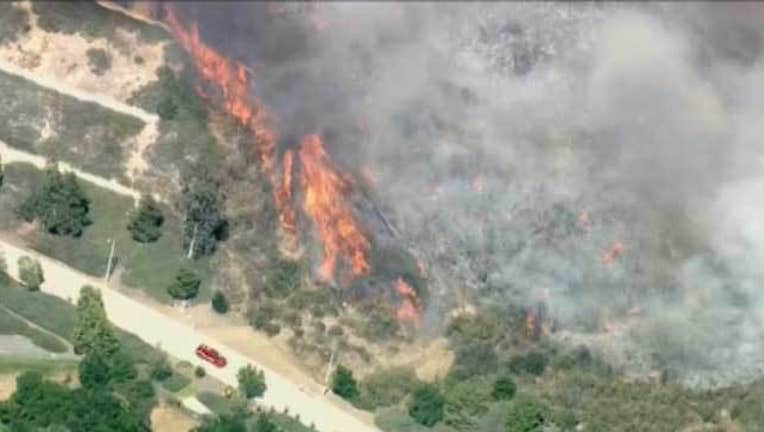 Houses and a mobile home park in the Newhall area of Santa Clarita have been emptied. About 30 horses also were taken to an evacuation center.

The fire began shortly after 1 p.m. Wednesday on the shoulder of Interstate 5, briefly closing freeway lanes.

About 300 firefighters from the city, county and U.S. Forest Service crews are on the scene.

Two firefighters have been slightly injured.

Aircraft are dropping thousands of gallons of water.