WASHINGTON - Eleven Democratic senators have asked President Joe Biden to tap into the Strategic Petroleum Reserve to help lower gas prices, rely less on foreign energy sources and build up the United States’ energy independence, according to a letter sent to the president on Monday.

"In our home states, high gasoline prices have placed an undue burden on families and small businesses trying to make ends meet, and have proven especially burdensome as our constituents continue to recover from the economic fallout of the COVID-19 pandemic," the senators wrote.

The group of lawmakers cited several factors for the sustained hike in gas prices as reasons to dip into the reserve, including slowed production during the height of the COVID-19 pandemic causing workers to get laid off, continued bottlenecks in supply chains, countries that are part of the Organization of the Petroleum Exporting Countries (OPEC) limiting their petroleum production, hurricane damage to Louisiana refineries and a damaged pipeline from Atlanta to the East coast.

"We share the administration’s concerns that the decision by the Organization of the Petroleum Exporting Countries (OPEC) and others to purposefully manipulate gas prices by constraining supply, as well as the choice of domestic leaseholders and producers to continue to export U.S. petroleum, threaten to send already record prices even higher," the letter continued. "Continued U.S. exports and overseas supply collusion could be devastating to many in our states, contributing to higher bills for American families and businesses." 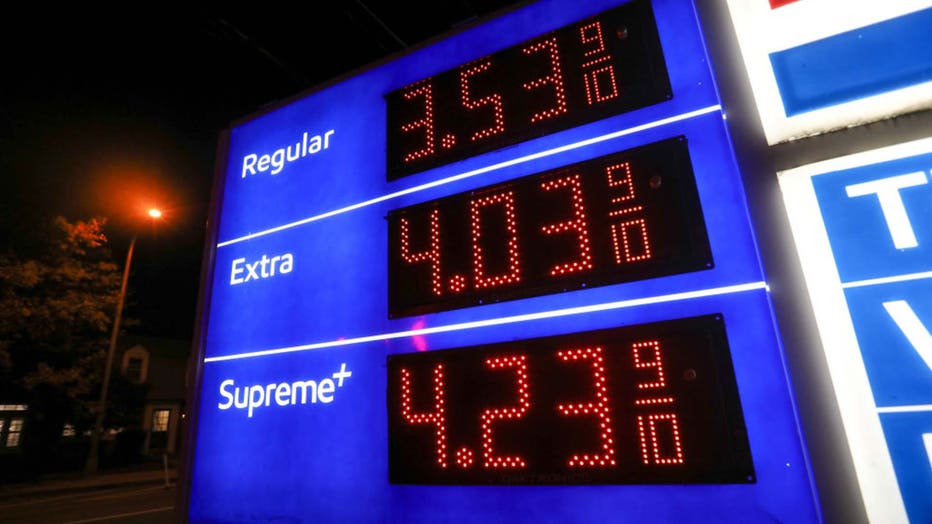 FILE - A view from a petrol station shows gas prices over $4, in Arlington, Va. on Oct. 30, 2021. (Yasin Ozturk/Anadolu Agency via Getty Images)

RELATED: Michigan gas prices hit 2021-high. Here's where it's most expensive in the state

The Strategic Petroleum Reserve (SPR) is the world's largest supply of emergency crude oil, according to the SPR website.

"It was established primarily to reduce the impact of disruptions in supplies of petroleum products and to carry out obligations of the United States under the international energy program," the website continued.

The oil is stored in underground salt caverns at four different sites along the coastline of the Gulf of Mexico. Altogether, the SPR can hold 714 million barrels of oil.

An emergency withdrawal from the SPR has only happened three times in its history, according to the website. The first time was in 1991 during President George H. W. Bush’s administration during Operation Desert Storm. The second time was in 2005 during President George W. Bush’s administration after Hurricane Katrina hit, which caused massive damage to oil production facilities, terminals, pipelines, and refineries. The third and most recent emergency withdrawal happened in 2011 to respond to the loss of crude oil due to supply disruptions in Libya and other countries.

Meanwhile, gas prices have jumped across the nation as oil prices reached a 7-year high, leaving only eight states with prices under $3 per gallon.

Prices are up 7.5 cents compared to September and up more than $1 from a year ago, according to GasBuddy data compiled from more than 150,000 gas stations across the country.

According to Patrick de Haan, head of petroleum analysis for GasBuddy, "The nation’s gas prices were also pushed to their highest since 2014, all on OPEC’s decision not to raise production more than it already agreed to in July."

That decision "caused an immediate reaction in oil prices, and amidst what is turning into a global energy crunch, motorists are now spending over $400 million more on gasoline every single day than they were just a year ago," De Haan told FOX Business.

"The problems continue to relate to a surge in demand as the global economy recovers, combined with deep cuts to production from early in the pandemic," De Haan said. "If Americans can’t slow their appetite for fuels, we’ve got no place for prices to go but up."