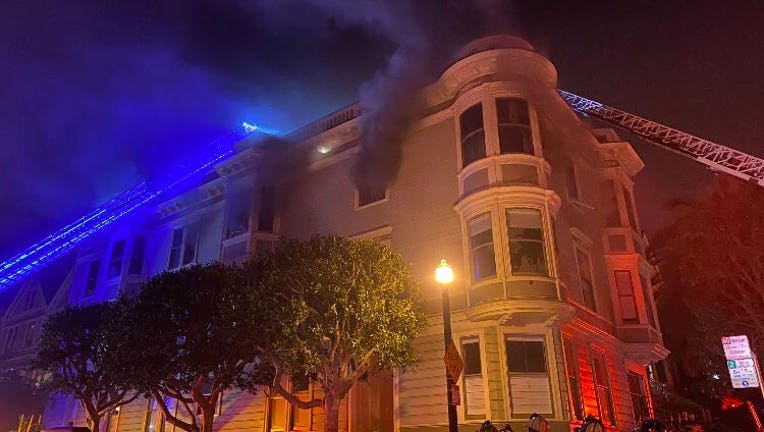 The cause of the fire, reported shortly after 3 a.m. and controlled by 5:30 a.m., is under investigation.

Residences at 77-79 Carmelita St. sustained fire damage, while residences at 99 Carmelita and 661-663 Waller St. were damaged by exposure to the fire, officials said.

The American Red Cross is assisting the displaced residents.