CHP - Castro Valley are searching for the driver of a black Ford F-150 truck who they say struck a 12-year-old girl, killing her while she was walking in an intersection Monday afternoon. Allie Rasmus reports

CASTRO VALLEY, Calif. - The California Highway Patrol is seeking the driver of a truck who they say struck and killed a 12-year-old girl in a crosswalk in Castro Valley on Monday afternoon.

Surveillance video in the neighborhood captured the truck just before the driver took off.

The girl had been walking with her older sister, Walters said. They were not far from home and were walking from Creekside Middle School.

The 12-year-old was transported to UCSF Benioff Children's Hospitial in Oakland with major injuries.

Just before 7 p.m.,  CHP Castro Valley said the little girl had succumbed to her injuries.

"This was just an absolute senseless act," Walters said. "For some individual to hit somebody, know they hit somebody, watch them in the roadway, and leave a little girl to basically suffer in the roadway by herself. That's just selfish right there."

The driver is described as a white or Hispanic male, and between 25 to 35 years old. 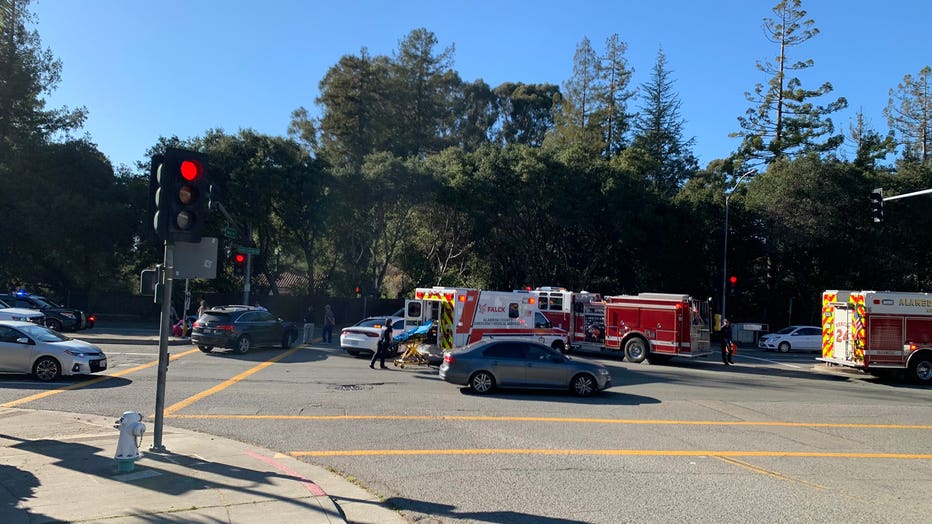