'Lift Every Voice and Sing:' The 'Black National Anthem'

“Lift Every Voice and Sing” began as a poem written by a school principal. It grew to become known as the “Black National Anthem.”

Just as James Weldon Johnson did more than a century ago, Galen Peters teaches students at Stanton Preparatory High School the lyrics to “Lift Every Voice and Sing.”

Johnson did it in 1900 when he was the principal of the then-segregated school in Jacksonville, Florida. Peters does it now as the school’s music director. 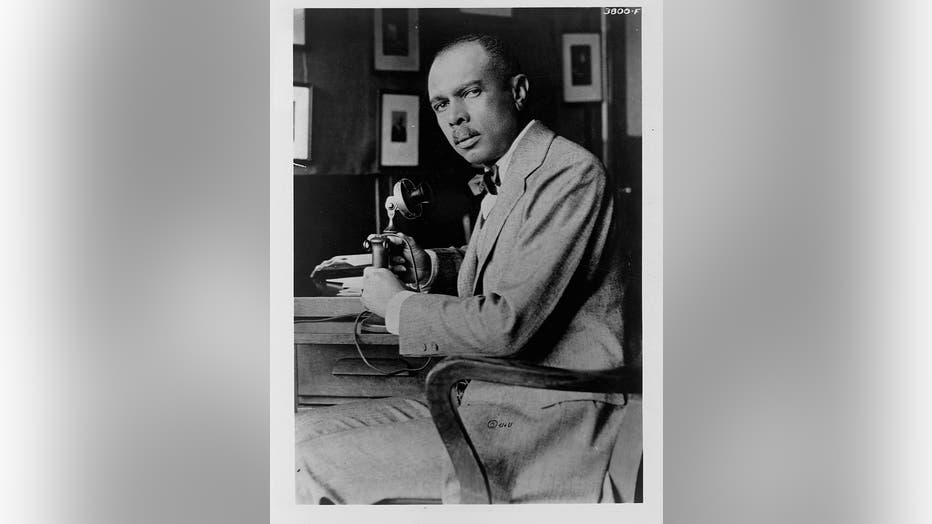 Writer and educator James Weldon Johnson, (1871-1938) wrote “Lift Every Voice and Sing,” which was first performed by his students at Stanton School 120 years ago. (Photo by Library of Congress/Corbis/VCG via Getty Images)

His choir students performed the song just last week at the Duval County School Board in honor of the song’s anniversary.

On Feb. 12, 1900, Stanton School was expecting a special visitor: Booker T. Washington. One of the founders of the Tuskegee Institute, Washington came to town to commemorate Abraham Lincoln’s birthday with Johnson, according to the National Association for the Advancement of Colored People.

Compelled by his admiration for his fellow educator, Johnson taught “Lift Every Voice and Sing” to 500 students so they could recite it as an introduction for Washington.

It was just a poem at the time. Roughly five years passed before Johnson’s brother, John Rosamond Johnson, put the words to music.

Little did the siblings know, their rhymes and melody would become an anthem. 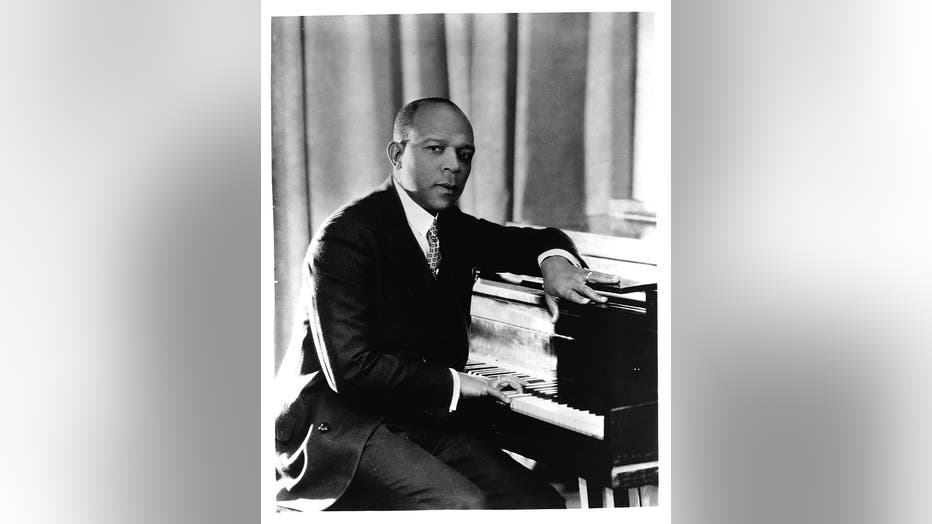 After evolving into a song, it became so popular among African Americans, the NAACP named “Lift Every Voice and Sing” the “Negro National Anthem” in 1919, NPR reported.

This happened 12 years before Congress signed a resolution declaring “The Star-Spangled Banner” the national anthem of the United States.

It’s easy to see why black Americans would gravitate towards it. In a time when Jim Crow held a menacing grip on the south, “Lift Every Voice and Sing” raised spirits, honored martyrs and gave thanks for deliverance.

Just take a moment to appreciate the lyrics.

Peters said the first stanza is dominated by themes of perseverance,  joy and hope. The lyrics call for singing songs that rise as high as heaven, with only a brief mention of the dark past.

“Facing the rising sun of our new day begun, let us march on ’til victory is won,” it says.

The second stanza paints a picture of the hardships faced by Africans brought to the United States in bondage. Johnson wrote of a hopeless voyage over stony roads filled with violence.

“We have come, over a way that with tears has been watered,” the lyrics read. “We have come, treading our path through the blood of the slaughtered.”

Even so, it still ends on a note of optimism, Peters said.

“Out from the gloomy past, till now we stand at last, where the white gleam of our bright star is cast,” the song reads.

The final stanza serves as a prayer. In fact, Peters pointed out Civil Rights leader Rev. Dr. Joseph Lowery used the third stanza in the benediction of Barack Obama’s first presidential inauguration in 2009.

The lyrics call on black people to cling to God, progress and their ancestral homeland.

Peters said the anthem experienced a resurgence in popularity during the Civil Rights Movement of the 1960s. But that diminished when a new song, “We Shall Overcome,” came along, NPR reported.

It never reached that popularity again. Today, you’re most likely to only hear it during certain times of the year.

Black History Month is chief among them. It’s also common during Juneteenth, which is celebrated every June 19 to commemorate the liberation of the last slaves in Galveston, Texas.

Every now and then, a celebrity will thrust the anthem back into the spotlight, just as Melba Moore did in 1990. She recorded a new rendition that featured Anita Baker, Stevie Wonder, Bobby Brown, BeBe and CeCe Winans among many others.

In 2018, Beyoncé included it in her Coachella performance.

After crafting a song that inspired generations of African Americans, Johnson served as US consul in Venezuela and Nicaragua for President Theodore Roosevelt from 1906 to 1913.

He went on to work at the NAACP in 1917, who lists him as the organization's first African American executive secretary.

He’s remembered as the first African-American professor hired at New York University, an accomplished writer and major figure of the Harlem Renaissance.

But one of the most enduring parts of his legacy is the poem he taught in a Florida schoolhouse 120 years ago.

Lyrics to “Lift Every Voice and Sing:”

Lift ev’ry voice and sing,
‘Til earth and heaven ring,
Ring with the harmonies of Liberty;
Let our rejoicing rise
High as the list’ning skies,
Let it resound loud as the rolling sea.
Sing a song full of the faith that the dark past has taught us,
Sing a song full of the hope that the present has brought us;
Facing the rising sun of our new day begun,
Let us march on ’til victory is won.

Stony the road we trod,
Bitter the chastening rod,
Felt in the days when hope unborn had died;
Yet with a steady beat,
Have not our weary feet
Come to the place for which our fathers sighed?
We have come over a way that with tears has been watered,
We have come, treading our path through the blood of the slaughtered,
Out from the gloomy past,
‘Til now we stand at last
Where the white gleam of our bright star is cast.

God of our weary years,
God of our silent tears,
Thou who has brought us thus far on the way;
Thou who has by Thy might
Led us into the light,
Keep us forever in the path, we pray.
Lest our feet stray from the places, our God, where we met Thee,
Lest, our hearts drunk with the wine of the world, we forget Thee;
Shadowed beneath Thy hand,
May we forever stand,
True to our God,
True to our native land.