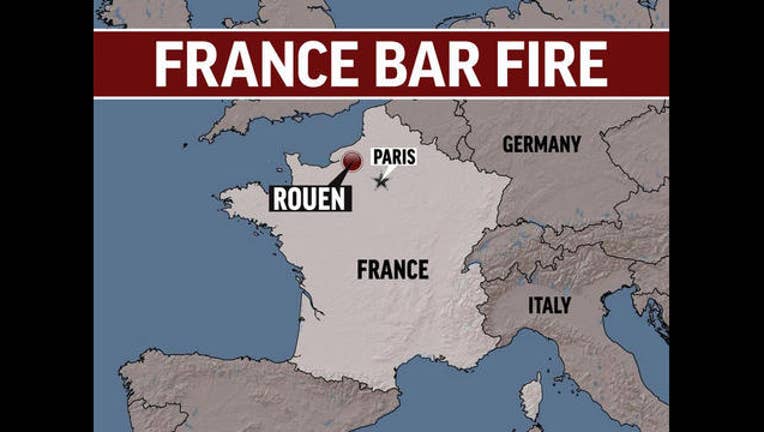 PARIS (AP) — A fire has swept through a bar in northern France, killing at least 13 people and injuring six others.

Police say the fire broke out at a birthday party at the bar in the city of Rouen in Normandy.

He says more than 50 firefighters are battling the blaze in the center of the city. The fire started late Friday night or shortly after midnight.

A judicial inquiry has been opened.