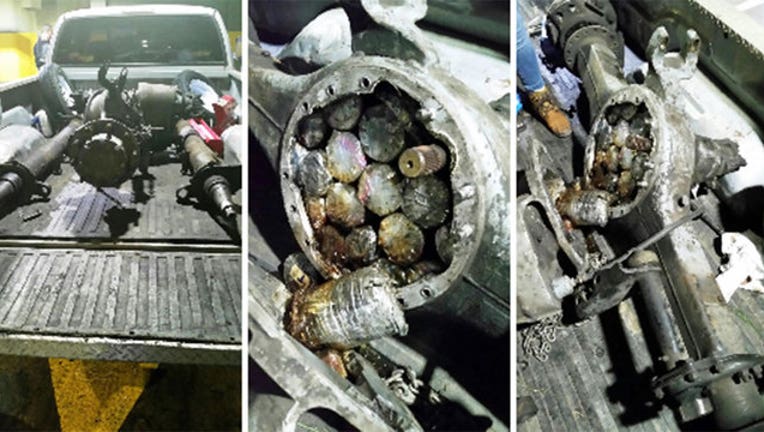 The men had been under surveillance by members of the Drug Enforcement Administration.

The DEA says the men were in their vehicles with North Carolina license plates when they were pulled over together in Elmhurst, Queens in the vicinity of Northern Boulevard and 84th Street, Tuesday night.

Peter Omar Garcia-Romero and Jose Guadencio Lantan-Vela were taken into custody. Garcia-Romero resided in North Carolina; Lantan-Vela entered the U.S. on a travel visa on January 15, according to state police.

The heroin, worth at least $14 million, was found packaged inside an axle and drive shaft casings in one of the pickup trucks, said police.

The axle was dissembled in three parts; and the heroin was found in the axle and the drive shaft casings.