14 people shot on Chicago’s South Side after funeral, police say

At least 14 people were injured in a shooting Tuesday outside of a funeral home in Gresham on the South Side.

CHICAGO - Fifteen people were shot Tuesday evening outside a funeral home in Gresham on the South Side — the largest number of victims in a single Chicago shooting in recent memory.

Several police evidence markers placed near spent bullet casings were lying outside the entrance to Rhodes Funeral Services on the north side of the block. All told, Carter said, police recovered 60 of them.

At least 14 people were injured in a shooting Tuesday outside of a funeral home in Gresham on the South Side.

The 15 victims were being treated at five area hospitals, Carter said. Chicago fire officials said they were listed in conditions ranging from serious to critical. All the victims ages range from 21 to 65-years-old, police said. Ten of them are women.

Police said they were investigating the motive and couldn’t say yet if the shootings were gang-related. 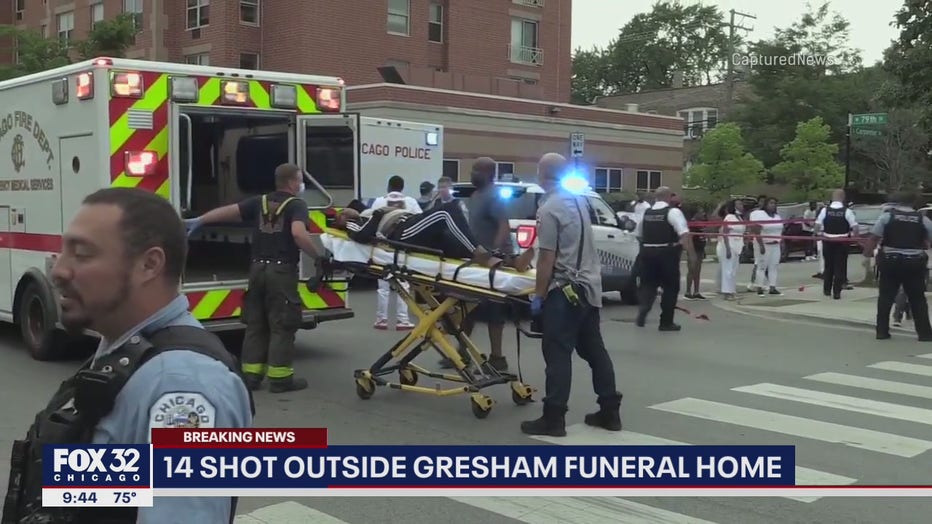 Carter said a black vehicle was speeding west on 79th Street when people inside began “firing at attendees of a funeral.” Some of those at the funeral returned gunfire with those in the vehicle. The driver then turned north onto Carpenter, while at least one person in the vehicle continued to shoot at the funeralgoers.

The driver soon crashed in the 7800 block of South Carpenter. Those inside the vehicle ran off in different directions, though one “person of interest” was taken into custody and was being questioned by detectives Tuesday night, Carter said. 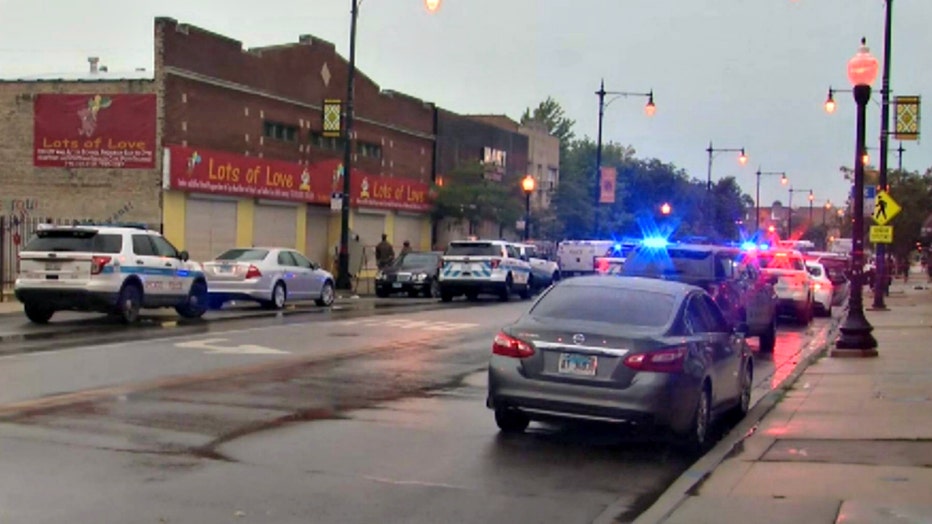 The shooting comes as the Department of Homeland Security is planning to deploy dozens of federal agents to Chicago to deal with an uptick in violent crime.