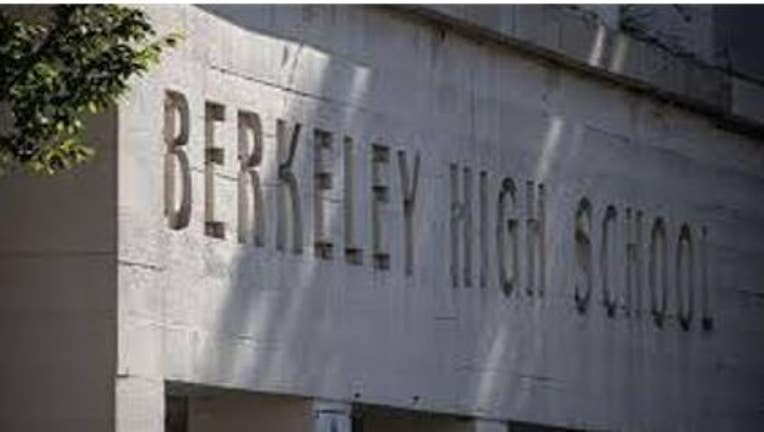 BERKELEY, Calif. - A 16-year-old boy was arrested after recruiting others to participate in a mass school shooting that could have included a bombing at Berkeley High School, police say.

The teen was arrested Monday, when he turned himself in to police, Berkeley Police Department said in a press release. Monday was Memorial Day and there was no school that day.

The boy was arrested on suspicion of possessing destructive device materials and threatening to commit a crime which will result in death or great bodily injury.

Police said they received a tip on Saturday that the boy was recruiting others in plans of a shooting that included explosives. Following the tip, police obtained and executed a search warrant for a residence.

Police did not say if the teen was a student at Berkeley High School.

Upon executing the search warrant, police said they discovered parts to explosives and assault rifles, several knives, and electronic items that could be used to create additional weapons.

At that point, a warrant was obtained for the teen's arrest.

"School safety remains a high priority for the department," police said in a statement.

Details on whom the teen was trying to recruit were not disclosed. Police said this case remains under investigation.

Berkeley Unified Supt. Brent Stephens told the school's community that the district was in close contact with police during this investigation.

After police confiscated the teen's weapon parts, the district relied on police expertise to assess any potential ongoing risk to its schools. The district communicated with police on the student's whereabouts.

"As added precautions during this period, we alerted our administrative and security staff about this investigation and, as is our standard practice, maintained close contact with our BPD School Resource Officer on the Berkeley High School campus," Stephens wrote. "Throughout the investigation period, we were assured that this individual did not pose an immediate threat to the Berkeley High School community."

The district is conducting their own investigation on this matter.

The district may pursue disciplinary action against the student.

In addition, a town hall meeting titled: 'How to Talk to Children About School Violence' offered by Alameda County Office of Education is scheduled for Wednesday at 6 p.m.