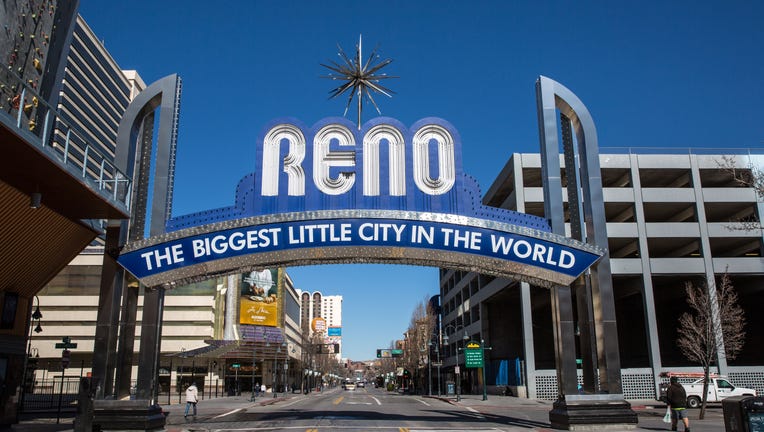 RENO, NV - MARCH 3: A recently updated "Biggest Little City in the World" sign in downtown is viewed on March 3, 2020, in Reno, Nevada. Reno, located in the northwest corner of Nevada, continues to struggle from the effects of a housing boom, a growi

RENO, Nev. - Two California tech companies have announced plans to bring their businesses to Reno, and local economic development officials say they’re perfect examples of the type of firms they’re targeting as part the effort to diversify the region’s economy.

StemExpress, a Sacramento-based biotech company, and PayCertify, a financial tech services company in the San Jose area, are expected to combine to create more than 200 jobs in Reno over the next few years, the Economic Development Authority of Western Nevada said Wednesday.

PayCertify is moving its headquarters to Reno partly because taxes in California are so high, CEO Chase Hammer said. It specializes in various financial technology services, including credit-card issuing and payment processing.

"We wanted to go to a place where they help businesses grow and thrive," Hammer said. "Reno is now becoming the new Silicon Valley."