Devin West, a longshoreman from Oakland, was killed in Santa Rita. Authorities are investigating his cellmate in the homicide.

DUBLIN, Calif. - Two men died this week at Santa Rita Jail; a longshoreman was killed, likely by his cellmate days before he was supposed to be released and a security guard who suffered from mental and physical issues but whose sister said never received his medication.

"It's unfortunate when a person passes away at our jail," Kelly said. "Many of the people who come to us suffer from serious illness, poverty and lack of access to regular external health care in the community."

He added: "We take every death in our jail very seriously and will do an intensive review of each case to better understand the events that took place. We are particularly concerned about the suspected homicide as it was an unpredictable and sudden act of violence."

These two deaths mark the sixth in-custody deaths at Santa Rita this year, and the 55th since 2014, according to a review of autopsies by KTVU.  The current jail population stands at about 1,900 people.

The first death on Monday was reported about midnight and is being investigated as either a homicide or suspicious death in the behavioral health unit. Kelly said it looks like one man assaulted and "likely killed his cellmate."

Kelly didn't identify either man or state whether an arrest had been made. As of Wednesday, the District Attorney's Office hadn't charged anyone in connection with the death. Authorities have not said how the man was killed and they are waiting for the autopsy to come back.

In an interview, Christy Miles told KTVU that the man who was killed was her son, Devin Darrell West, 27. She said he suffered from bipolarity and schizophrenia. Court records show he was accused of burglarizing a car.

Court records also show he was supposed to be released on Thursday, after a two-month stay. When she called to check on him, jail officials said he had already been released. But it turned out, he was dead.

"I call him every month to make sure he's all right," she said.

She added that he had been in Santa Rita previously and gotten into "some sort of fight" and when he got out "had never been the same."

West grew up in Oakland with his grandmother, his mother said, and he was a longshoreman.

"He was a good guy," she said. "But his mental illness took over." 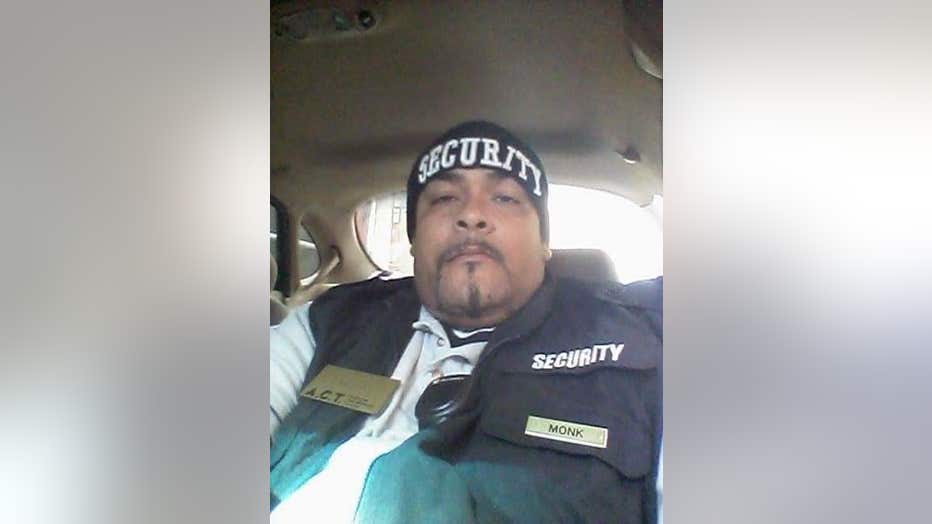 About five hours earlier on Monday, a man in Housing Unit 1 was found dead, and Kelly said it appeared to be natural as there were no signs of foul play or criminal activity.

He had been in a "solo person cell" and was found unresponsive in his bed about 7:35 p.m. The person also had a history of medical conditions, Kelly said. His name was also not released.

However, his sister on Thursday identified him as Maurice Monk, 45, a security guard who lived in Oakland. She said her brother went to jail on Oct. 11 because he missed a court hearing stemming from an incident in June when he refused to wear a mask on a bus and made verbal threats to the bus driver.

"He said he couldn't breathe," she said.

He was sent to John George psychiatric hospital that time, Elvira Monk said, as he suffers from bipolarity and schizophrenia. She said he also had high blood pressure and diabetes, but managed his illnesses with medication – medication she said the jail wasn't giving him.

She said her family was trying to reduce the $25,000 bail to get Monk to return home and make sure he was taking his medication, but that request was refused because of his court no-show. Elvira said she knows that something must have been really wrong with her brother if he didn't show up to court.

Her brother wasn't always like this, Elvira Monk said. He went to Sacramento State University on a football scholarship, she said, and was never the same after he smoked some cannabis that she believes was laced with something.

Among the findings: The jail's housing units were well maintained, inmates had access to running water in their cells and in terms of women's health, the inspectors wrote that the "staff clearly cares."

Mental health in the jails was also a topic.

During the meeting, Telecare officials talked about how they're performing eight psychological screenings a night and offered trauma and substance abuse services to 1,637 people so far.

Kara Janssen, an attorney with Rosen Bien Galvan & Grunfeld, said that in light of the deaths it's "urgent" that a federal judge sign off on a legal agreement called a consent degree between her firm and the Alameda County Sheriff's Office, scheduled for next month.

Some of the terms of the agreement will be that those incarcerated get better mental health treatment, more out of cell time and reduce the number of people in isolation. The agreement will allow some type of enforcement of these policies for six years.

"We need to get this approved because there is this incredible need to get experts into jail to take actual steps to help prevent these deaths in the future," she said.

EDITOR'S NOTE: This story was updated on Nov. 18 identifying the second inmate.