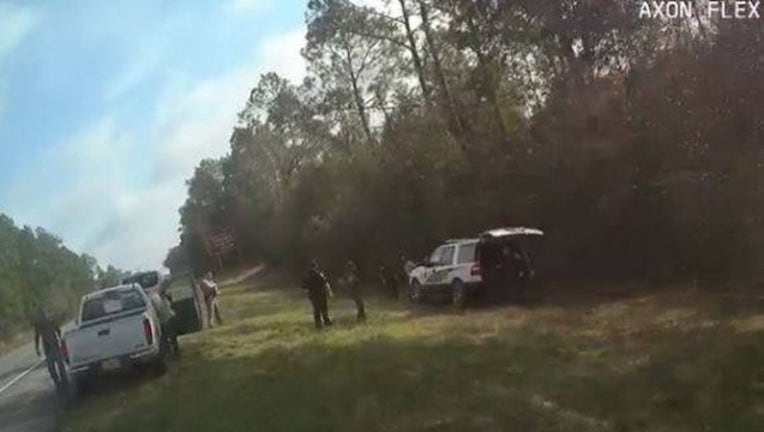 OKALOOSA COUNTY, Fla. (FOX 35 WOFL) - Two young foster children were seen Saturday wandering along Florida’s I-10 with two dogs between them and the busy interstate.

The Okaloosa County Sheriff's Office posted about the event on Facebook. They said that witnesses spotted the two young children in the emergency lane of Interstate 10 on Saturday.

The Okaloosa County Sheriff's Office and the Florida Highway Patrol were reportedly called to mile marker 44 near Holt around 9 a.m. that Saturday after receiving multiple calls about two young children near the highway.

Several good Samaritans were driving on the interstate and had stopped to check on the kids, who were both under the age of six, the Facebook post stated. The kids had two Great Pyrenees/Shepard mixes with them.

Several witnesses reported seeing the two dogs standing between the kids and the highway. Anytime the children would move towards the highway, witnesses said that the dogs would move them back against the guardrail.

Deputies said that they determined that the children had been playing in the yard of their home with other kids when they reportedly walked away from thier foster dad. He called from them to return, but was unable to pursue them due to an ambulatory condition.

The Facebook post by the Okaloosa County Sheriff's Office stated that the foster dad then immediately sent his teenage kids to search for the pair while he retrieved his tractor and drove into the woods to locate them.

After investigating, the Sheriff's Office stated that the foster father made a diligent effort to locate the children and provide for their welfare. No criminal charges were pursued.