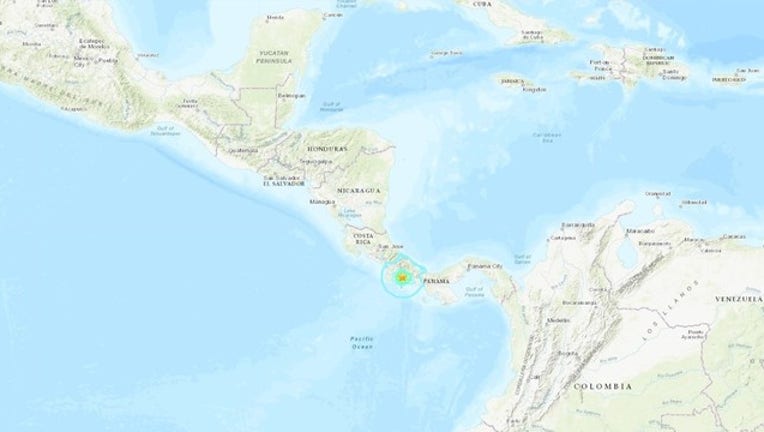 PANAMA CITY (AP) - A strong earthquake struck a lightly populated area of Panama near its border with Costa Rica on Sunday, causing some wooden porches to collapse and products to shake from store shelves.

Panamanian authorities said at least two people had been injured in a village but gave no details. Sigifredo Perez, head of operations for Costa Rica's National Commission of Emergencies, said no major damage or injuries had been reported in his country.

The U.S. Geological Survey said the quake had a 6.1 preliminary magnitude and was centered seven kilometers (four miles) southeast of the town of Plaza de Caisan. The quake occurred at a depth of about 37 kilometers (22 miles).

"I was in the supermarket and everything swayed," Carla Chavez said by phone from David, the capital of Panama's Chiriqui province near the quake's epicenter. "Merchandise fell on the floor. Everything happened so fast."

Northern Panama is frequently hit by earthquakes. In 1991, a magnitude 7.4 quake killed 23 people and injured 500. A magnitude 6.7 tremor in 2003 killed two people and damaged hundreds of houses.