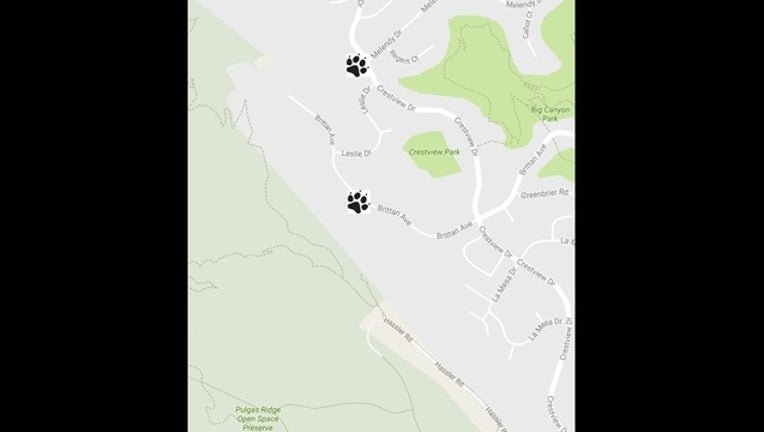 The first sighting was at about 9:40 p.m. when the driver of a vehicle said she saw a mountain lion cross in front of her.

Sheriff's officials said that the cat crossed from east to west on Crestview Drive just north of Melendy Drive.

A second sighting occurred about two hours later in the 3300 block of Brittan Avenue where a resident said he saw a mountain lion standing on a hillside northeast of his carport.

Sheriff's officials said in each sighting the cat left the area on its own.

Anyone who sees a mountain lion should avoid approaching it, especially if it's feeding or with its offspring.

Most mountain lions will avoid confronting a person. Anyone who encounters a mountain lion should not run, but face the cat, make noise and try to look bigger by waving their arms and throw rocks or other objects.