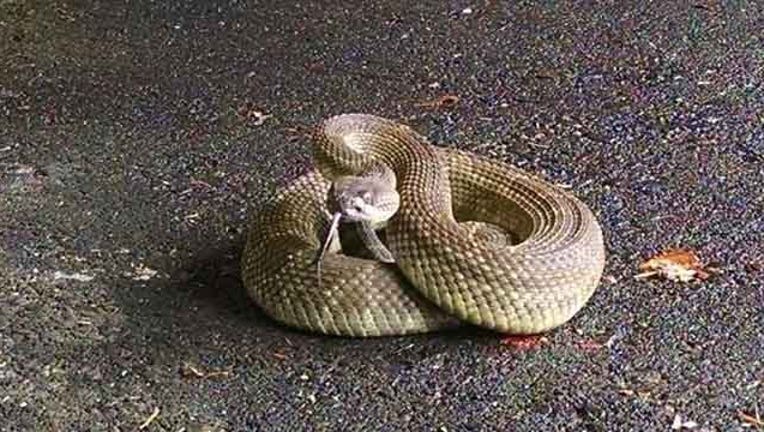 BAY POINT, Calif. (KTVU) - A day after being bitten by a rattlesnake in the East Bay, a 2-year-old girl is recovering.

Experts are saying rattlesnake bites could be more common this summer.

The child, Ishneet Kaur, was playing in the backyard of a home on Rio Verde in Bay Point, around 8 p.m. Tuesday when it happened.

Fire crews rushed to the home after getting the 911 call. Once there, they started treating the girl, and searching for the snake.

They found it hiding in some brush, and put it in a jar to take with the girl to the hospital.

Ishneet was airlifted to Oakland Children's Hospital, where as of Wednesday evening, she's in the ICU but in stable condition.

"You may be admitted and observed and not treated, as they watch to see if there is any progression of symptoms, you may be in the ER for several hours and they determine it's... you know, does not appear to be a true envenomation, and you may actually be discharged from the emergency department," says Dr. Russell Rodriguez.

The hospital has anti-venom on hand, which counteracts the venom from the four most common rattlesnakes.

In Walnut Creek, there's a man nick-named Rattlesnake Rick. He removes the dangerous animals from schools and homes, and relocates them far from people.

Rick Olson says the drought is bringing out more rattlesnakes as they chase rodents in search of water. But human activity also brings them out.

"A big problem is littering. Rats, ground squirrels, mice like the food. Bees, yellow jackets, flies like this food sitting around, it attracts lizards, these guys like to eat lizards, too. So, it's a huge problem. I relocate 20-30 rattlesnakes off of Indian Valley campus here in Walnut Creek every year."

Olson emphasizes that snakes strike humans only when threatened. So, the best advice is to just leave them alone.

But if you are bitten, you should not try to suck out the venom, as a mother did last week near Sacramento when her child was bitten.

In Bay Point, 2-year old Ishneet Kaur's grandfather told KTVU that she is doing much better.