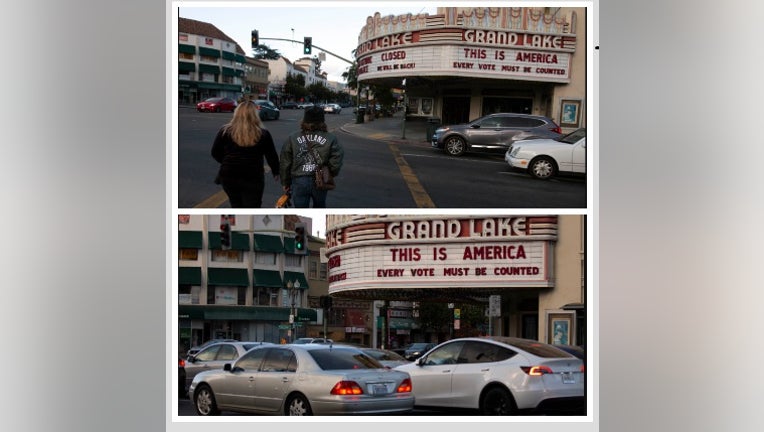 Almost exactly 20 years ago, the marquee on the Grand Lake Theatre had almost the same political message as it does Friday, owner Allen Michaan said in an interview.

In 2000, the U.S. Supreme Court essentially decided that Florida's 25 electoral votes would go to then-Republican presidential candidate George W. Bush, giving him a victory over Al Gore in the 2000 election.

Twenty years ago, the theatre's marquee said, "This is America. Every vote should be counted," Michaan said.

Friday the sign read, "This is America. Every vote must be
counted," he said.

Michaan said we have come full circle from 20 years ago. He said it would be a different world if Gore became president.

The Supreme Court justices made their decision on Dec. 12, by reversing a request by a Florida court, which sought a recount of the state's presidential election ballots.

"The people have spoken," Michaan said.

Democratic presidential candidate Joe Biden has reportedly been getting closer and closer to winning the race for the White House. Friday, Biden was reportedly shy just six electoral college votes, while Trump was short 56.

"Anyway, we'll keep posting," Michaan said of the political
messages on the marquee.