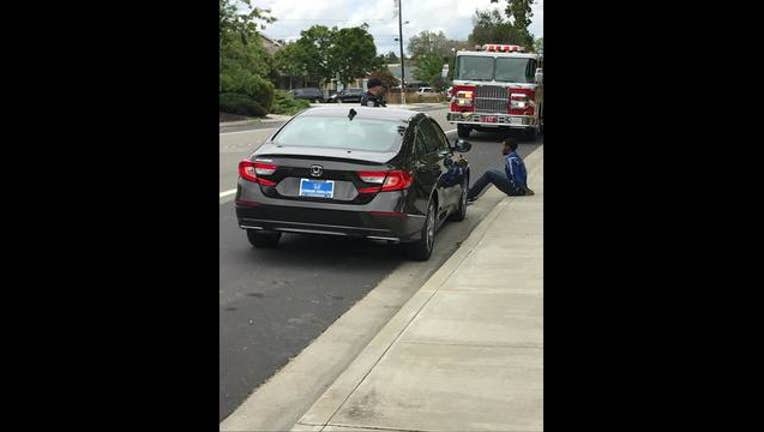 LIVERMORE, Calif. (BCN) - Officers arrested a man after he allegedly stole a car from a Livermore dealership Saturday afternoon.

Around 12:30 p.m., officers responded to Livermore Honda at 3200 Las Positas Road for a report of a stolen car.

Officers learned a suspect got into a car just after a salesperson had exited it and fled.

Officers were able to locate him near North Livermore and Portola avenues and they pulled him over on Junction Avenue.

The suspect was initially cooperative with officers and exited the vehicle. However, the suspect then started resisting officers, according to police.

Officers deployed less-lethal force options and, after a brief struggle, officers took him into custody.

The suspect was identified as Robert Earl Jones, 22, of Livermore and he was booked into Santa Rita Jail, police said.