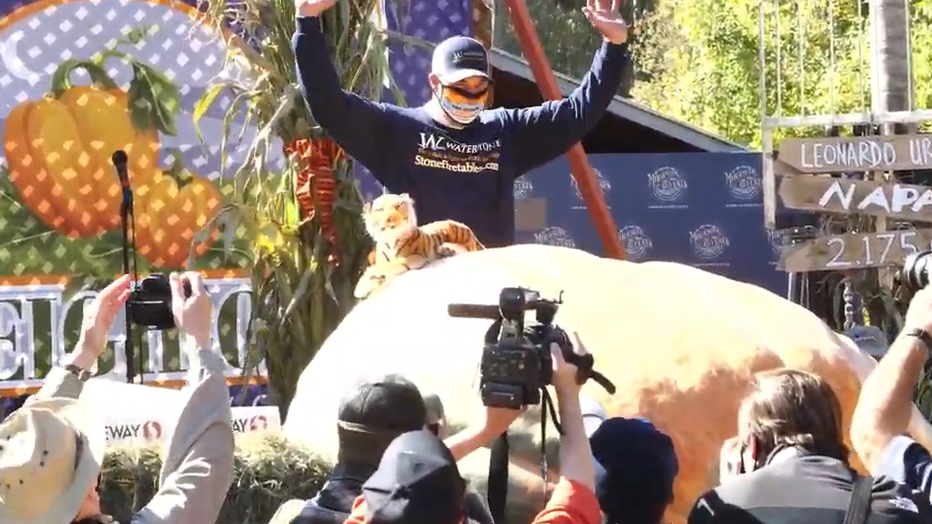 Gienger won a grand prize of $16,450 prize for having the heaviest pumpkin this year at 2,350 pounds. 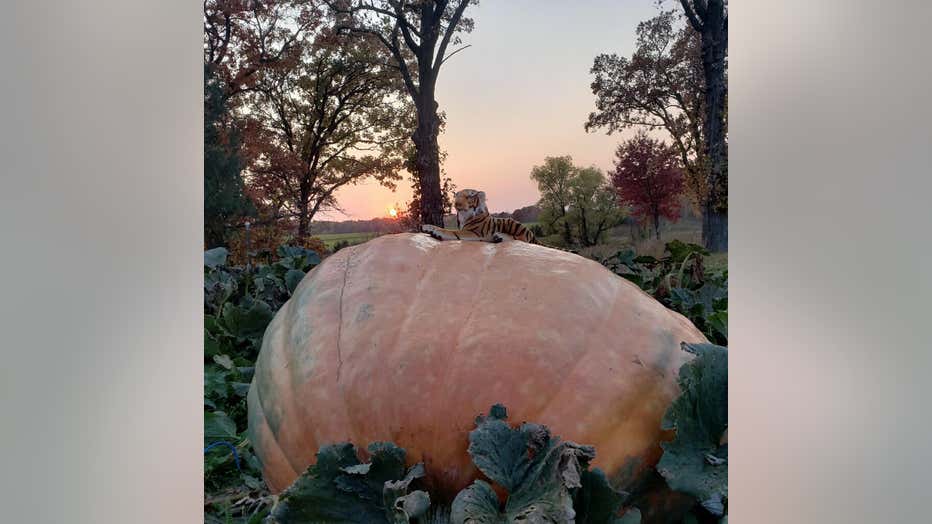 The weigh-off took place at Long Branch Farms at 321 Verde Road, but was virtual-only for spectators due to the COVID-19 pandemic. The contest, which included growers from around the country, was live-streamed on YouTube. 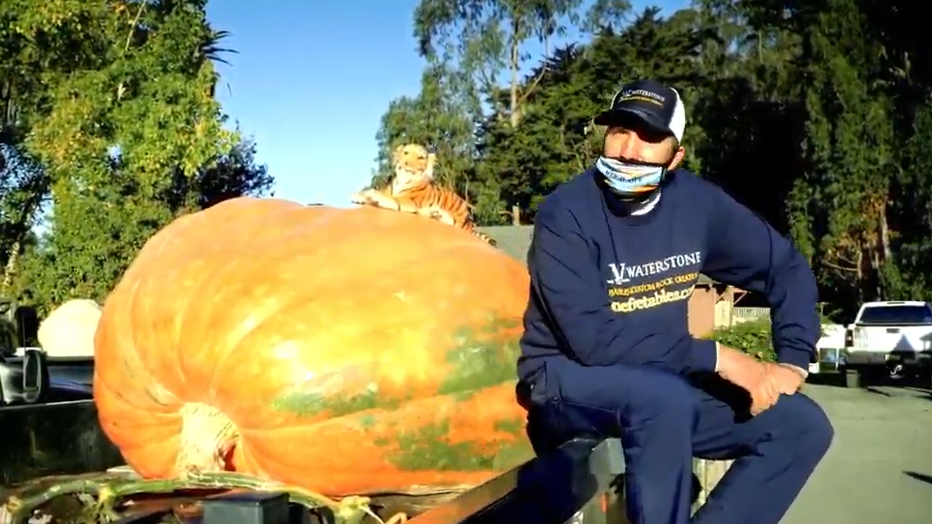 Gienger said transporting the pumpkin from Anoka, Minnesota was a debacle. "We went to the extreme. We wrapped it in wet blankets, tarp over that, air tarp over that. We actually put it in dirt, then buckets of water. Every gas station we stopped, we watered it down," he said.

Gienger has been growing pumpkins for about 27 years. He attended the Half Moon Bay Weigh-off for the first time this year with his pumpkin, nicknamed "the Tiger King", after the popular Netflix show. "We thought it was fitting of 2020," Gienger said about the name.

Gienger's prize amount was calculated based on this year's "pay-by-the-pound" system at $7 per pound. According to the emcee during the event, Gienger's is the heaviest pumpkin weighed in North America in 2020 and the second-largest pumpkin ever entered into the Half Moon Bay Weigh-off.

The organizers of the Half Moon Bay event offered a $30,000 prize, in lieu of the $7 per pound, to anyone who broke the world record.

The California record is 2,175 pounds, set last year by Leonardo Urena of Napa. 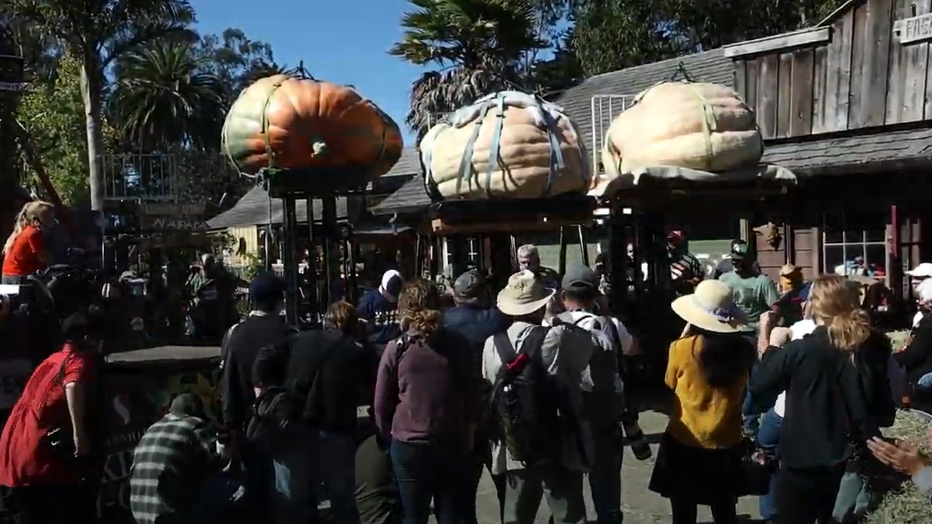 Steve Daletas of Pleasant Hill, Oregon, came in second with a 2,174-pound pumpkin. Jose Ceja of Napa took third with a 1,957-pound pumpkin. Prizes were awarded to the top 20 pumpkins.

A drive-through parade featuring the top 10 pumpkins was scheduled to go through downtown Half Moon Bay following the weigh-off.

Every year during pumpkin season, Half Moon Bay hosts various events including the Half Moon Bay Art & Pumpkin Festival, which attracts over 300,000 people each year.

The festival was canceled due to the pandemic. Instead, the arts portion of the festival moved online. People can purchase artwork, jewelry, textiles and more from independent artists at madeonthecoast.com. The website will be available for virtual sales until Dec. 31.

The festival also served as a fundraiser for many service organizations. This year, attorney and benefactor Joe Cotchett donated $200,000 to support the organizations. Cotchett inspired the Pumpkin Power Project, a fund administered by the festival's nonprofit Half Moon Bay Beautification Committee. Cotchett also pledged $100,000 in matching funds.

People can donate here or send a check to the beautification committee at P.O. Box 274, Half Moon Bay, 94019.