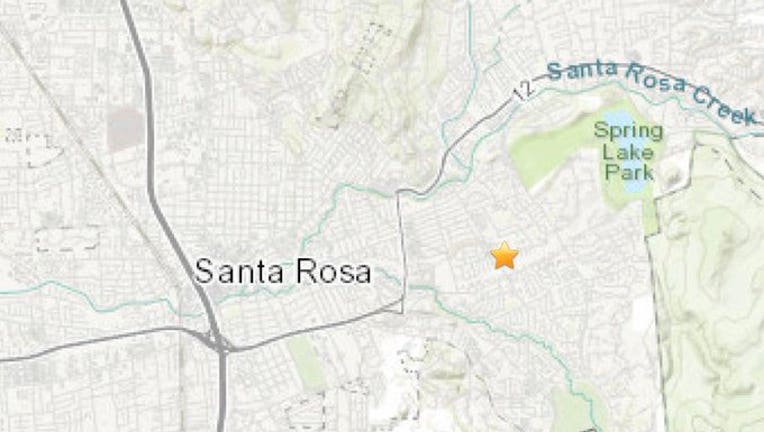 SANTA ROSA, Calif. - An earthquake with a 3.4 magnitude struck two miles southeast of Santa Rosa on Thursday, according to the US Geological Survey.

There were no immediate reports of damage.

Several residents called KTVU to say they felt it. One woman described it as a "quick, hard hit."