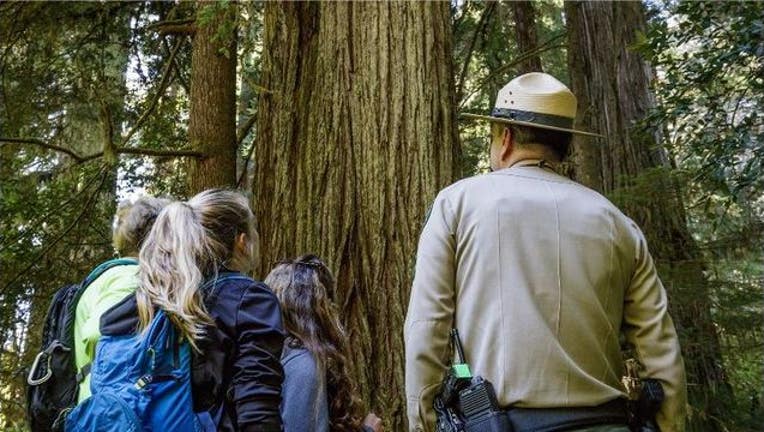 The project includes a re-routed trail system, elevated walkway and rehabilitation in the backcountry of Jedediah Smith Redwoods State Park, according to a joint release from the state, Save the Redwoods League, the National Park Service and the Redwood Parks Conservancy.

Officials hope to break ground on the project in 2019 and complete it by 2021.

“Instead of looking like a prehistoric and pristine forest it's starting to look like the LA freeway system,” said Brett Silver, acting sector superintendent for California State Parks. “Once construction begins access to the grove will be closed. I know it will be frustrating for people not to have access. We ask all the visitors for their patience and cooperation as we work to preserve and protect this incredible place for future generations to enjoy.”

There are many phases to the multi-year project. One phase will reroute and elevate the walkway that connects the existing Mill Creek Trail, the pathway that goes closest to the grove. Other plans include:

●    Conducting a visitor usage study that will inform enhancement of the visitor experience.
●    Removing unofficial social trails and restoring impacted areas in and around the grove.
●    Installing services and amenities, including ADA accessible parking and restrooms.
●    Developing interpretive programming and materials that provide information about the grove’s        history and redwood ecosystem, while encouraging visitors to stay on designated trails.

The Grove of Titans is home to some of the world’s largest redwoods, with trees 320 feet tall and 26 feet in diameter. They were discovered in 1998 by redwood botanist Steve Sillett and big-tree hunter Michael Taylor, whose adventures were chronicled in the 2007 book “The Wild Trees” by Richard Preston.

Following unofficial publication of its location, in print and online, visitation increased dramatically over the past 20 years, with peak travel of 13,000 cars per month along Howland Hill Road during the busy summer months, often resulting in gridlock, according to park officials.

With hoards of visitors, came negative impacts. Over the years, a complex web of “social” trails has formed, state park officials said, and the resulting influx of foot traffic has destroyed understory plants and compacted soil, inhibiting the uptake of water and nutrients by the shallow roots of the redwoods and threatening the long-term survival of the grove itself. Additionally, unplanned trails can cause soil erosion and corresponding run off that can affect coho and steelhead spawning habitat.

The project’s funding will come from donations raised by two groups: Save the Redwoods League and the Redwood Parks Conservancy. The groups will need to raise another $2.5 million to complete the project, but Tim Whalen, chief development officer for SRL, told the Statesman Journal it shouldn't be a problem.

San Francisco artist Josie Merck will match all donations up to $500,000, which could mean $1 million raised by year’s end, according to the groups. Merck’s father, George W. Merck, was a Councilor of Save the Redwoods League from 1953 until his death in 1984.

Contributions towards the challenge can be made directly to the Save the Redwoods League at SaveTheRedwoods.org/Titans.