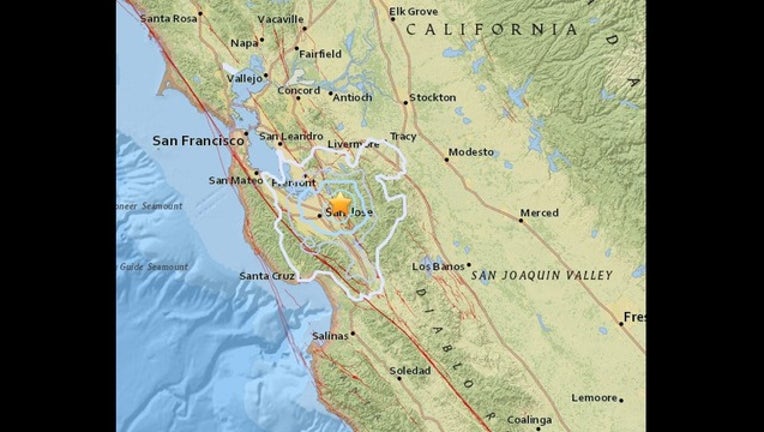 ALUM ROCK, Calif. (KTVU) - USGS measured a magnitude 3.9 earthquake Tuesday evening. The magnitude had fluctuated from a 4.0, then went down to 3.8 and back up to 3.9. The temblor could be felt in surrounding areas but was 4.9 miles east northeast of Alum Rock and struck at 10:32 p.m.

The nearest fault is the Calaveras fault line, which is suspected to have experienced activity just three hours earlier in Santa Clara County in the form of a 3.1 magnitude earthquake about 7 miles from Morgan Hill.

The depth of the second quake was 5.5 miles.

People weighed in on Twitter, including our own team of reporters saying they heard loud rattling before they felt shaking. Reporter Jesse Gary said his house in San Jose shook. He thought it could have been something falling downstairs.

San Jose's Mayor Sam Liccardo used the two South Bay quakes felt today as a good example as to why residents should have their earthquake emergency kits prepared.

Others said they could feel it in Santa Clara, Hayward, Milpitas, Mountain View, Fremont, Gilroy and Palo Alto. Some said it was a strong and startling jolt.