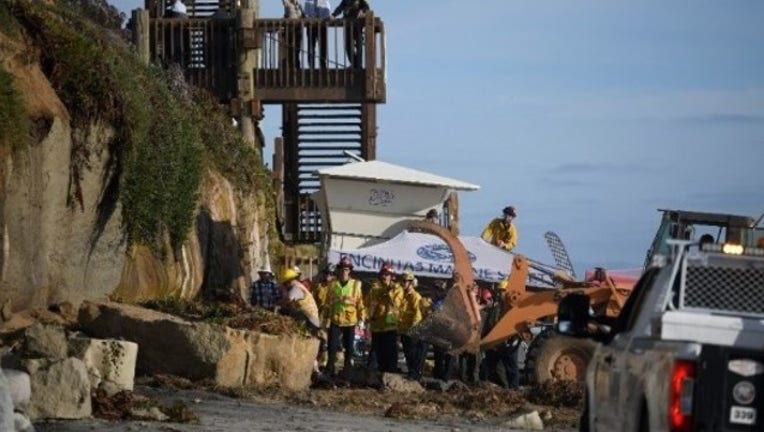 A woman died Friday afternoon when part of the sandstone cliff gave way and fell on a beach in Encinitas, north of San Diego.

The city announced Friday night that two of three people who were taken to hospitals after the accident have now died. A fourth person had only minor injuries.

No other details were announced, but the area near the bluff remains closed.

The collapse occurred near Grandview Beach. Authorities said homes perched on the clifftop weren't in danger.