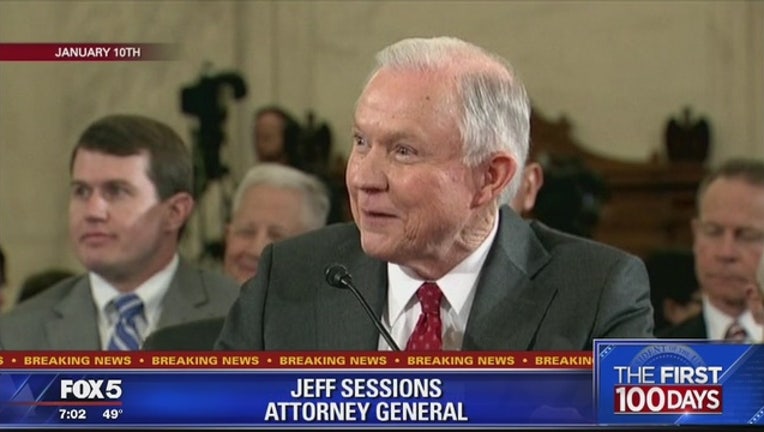 A jury returned the verdicts Wednesday in Superior Court of the District of Columbia.

Ali-Fairooz laughed when a senator said Sessions had a record of "treating all Americans equally under the law." The New York Times reported that in a filing, prosecutors said she "let out a loud burst of laughter, followed by a second louder burst." When police tried to escort Ali-Fairooz from the room, she "grew loud and more disruptive, eventually halting the confirmation hearing," prosecutors said.