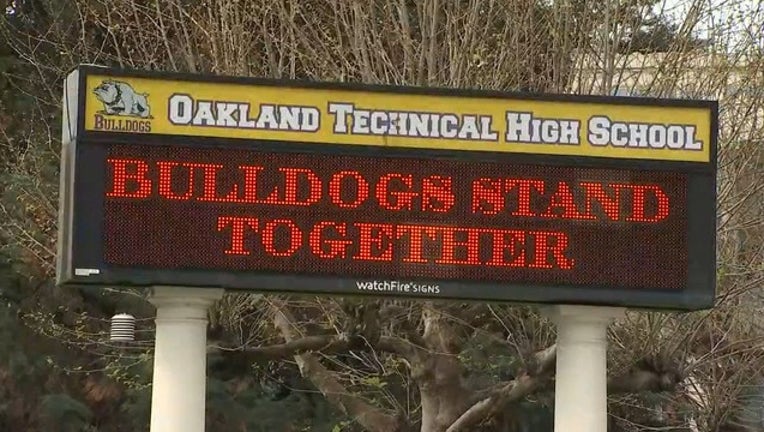 OAKLAND, Calif. (KTVU/BCN) - OAKLAND (BCN) Three Oakland Technical High School students were taken to the hospital this afternoon after a vehicle hit them while they were crossing the street, an Oakland Unified School District spokesman said.

The students were in a crosswalk at 45th Street and Broadway at about 2:30 p.m. when they were struck. The pedestrians appear to have had the right-of-way, according to district spokesman John Sasaki.

"There's no indication that it was on purpose," he said.

The driver remained on the scene and was cooperative with police.

None of the students suffered serious injuries but they were all taken to three different hospitals.