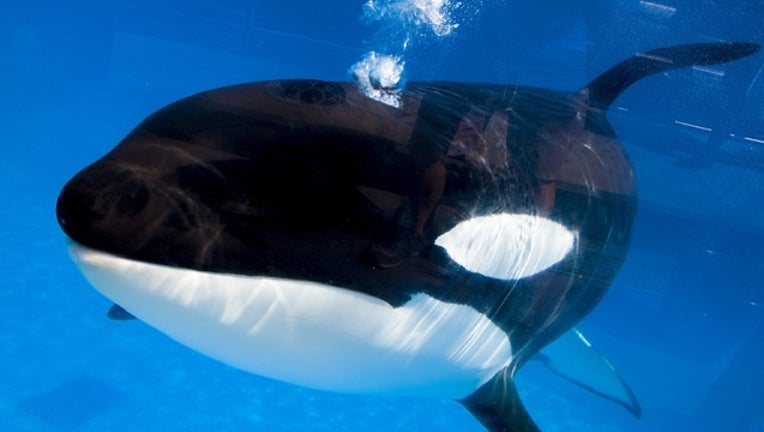 A cause of death won't be known until a post-mortem examination is conducted, according to SeaWorld.

Kayla began showing signs of discomfort on Saturday, and veterinarians began treating her based on what they found from a physical exam. Her condition worsened on Sunday and she was given around-the-clock care until her death, park officials said.

Kayla was among the last orcas at SeaWorld's Orlando park, as well as parks in California and Texas.

SeaWorld announced the end of its breeding program in March 2016, following years of pressure from animal rights protests and shifting public opinion about orcas being held in captivity. The protests intensified after the release of the 2013 documentary "Blackfish," which focused on the life of Tilikum, a killer whale responsible for killing trainer Dawn Brancheau when he dragged her into a pool in front of shocked visitors in 2010.

SeaWorld has 20 orcas left at its parks. There are five in Orlando, five in San Antonio, and 10 in San Diego.

"While we recognize that it's too late to help her, it's not too late to call attention to SeaWorld's other orca prisoners, who must be released into seaside sanctuaries as soon as possible," PETA said in a statement.