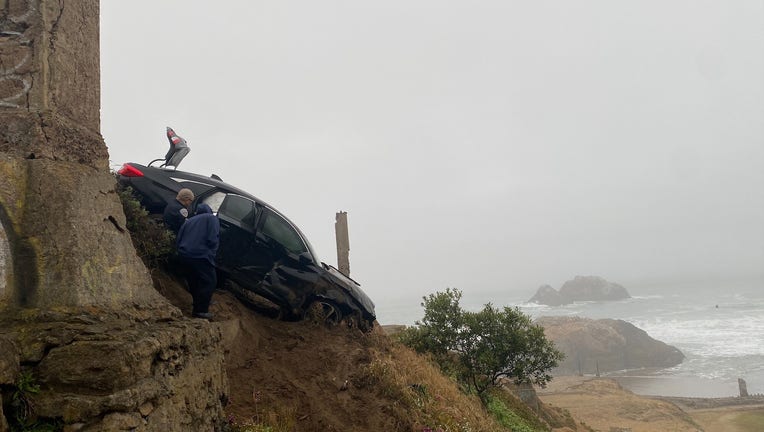 A car went down a cliff near the Sutro Baths. Courtesy: SFFD

SAN FRANCISCO - San Francisco firefighters on Friday morning helped rescue four people from a car that broke through a fence and veered 40 yards down a cliff near the Sutro Baths.

Lt. Jonathan Baxter said crews will need to pull the car out of the sand after the driver created a hole in the fence just before 3 a.m.

Baxter said that two of the people in the car were taken to the hospital in critical condition and two were stable. All injuries are considered non-lifethreatening.

Pictures taken by the fire department show the car, nose down the cliff, overlooking the Pacific Ocean. 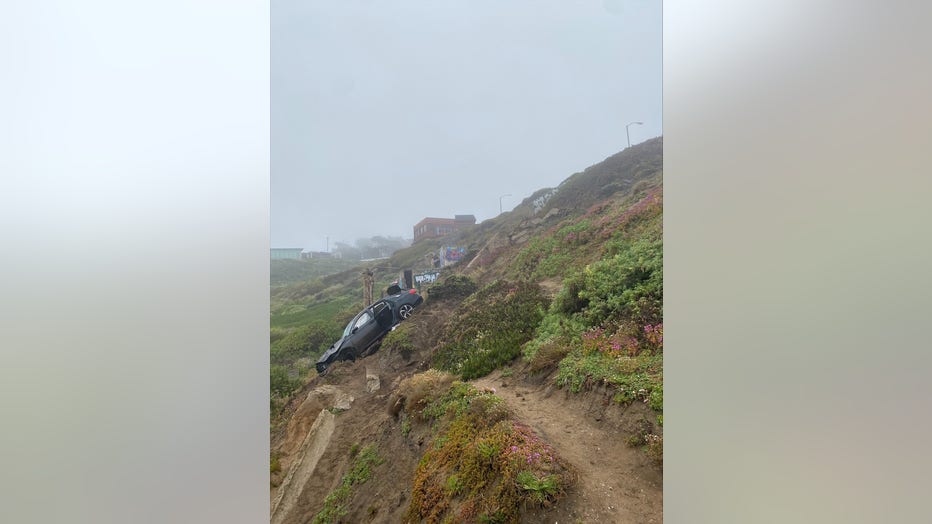